At Fingerprints DAO, Collecting NFTs is Just the Beginning

Fingerprints DAO, inaugurated by Luiz Ramalho, isn't solely in the business of collecting NFTs with distinct criteria, but rather championing a space for new artists, incubating works, and incentivizing collaboration with humans and machines 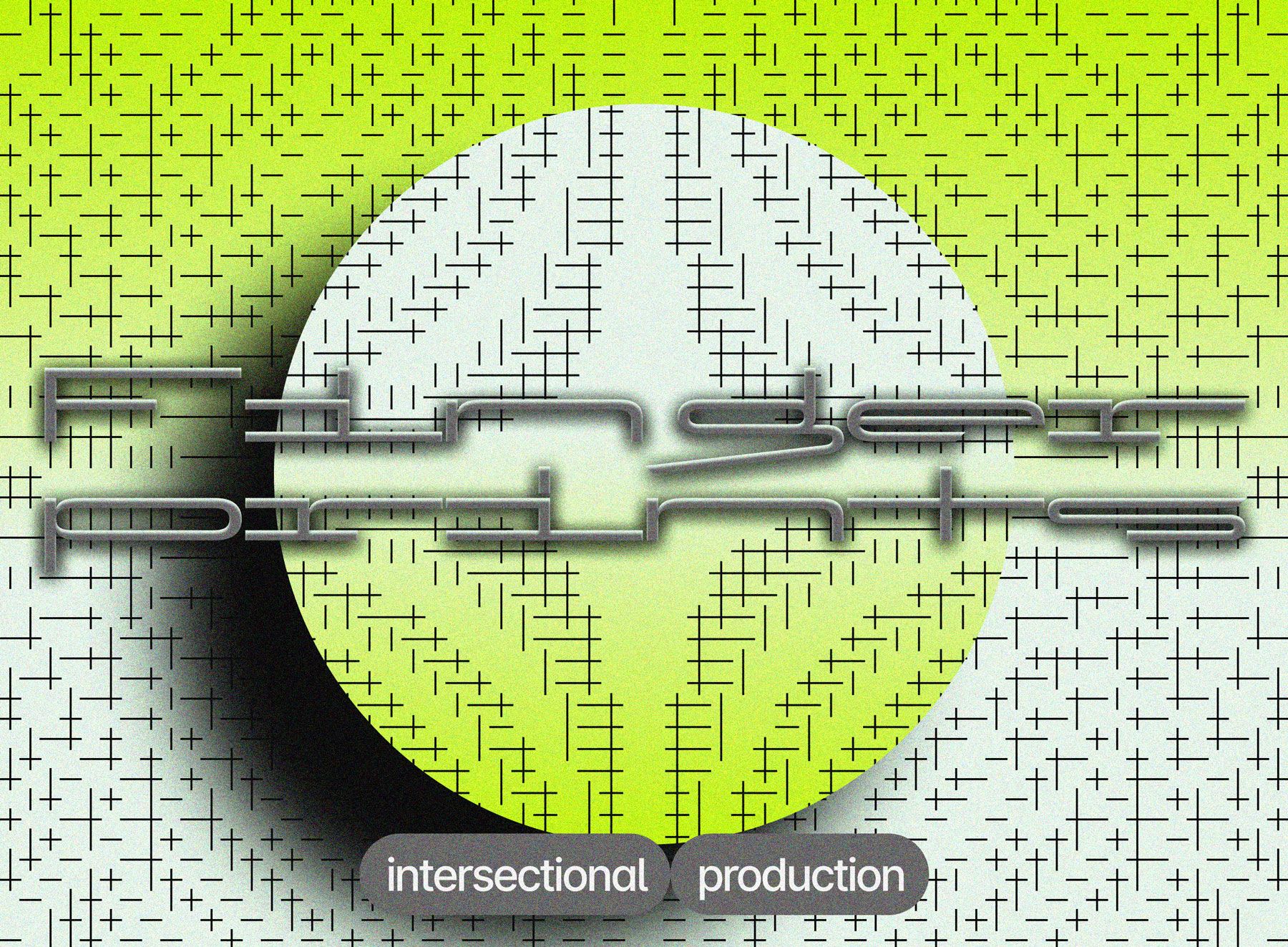 It’s estimated that on any given week, anywhere from 15,000 to 50,000 NFT sales are underway. Of course, this doesn't account for the other thousands of tokens which are minted and awaiting bidding. Needless to say, collectors or those just peering as potential participants in the space are facing a spread of oceanic proportions; intimidating might be the apt descriptor.

Curation has historically played a role in shaping public and private perceptions of art and its makers; the Royal Academy of Art in England and France in the nineteenth century not only designated what was worthy of public and critical appeal, but also determined through patronage which artists could have direct lines of access to resources, and therefore, longevity and legacy.

While the role of curators today has evolved and grown, some sentiments remain: creative latitude abounds, but there’s a mandate to a latent connection between works materially, contextually, historically, aesthetically, technologically—no matter how abstract or concrete.

In 2022, Fingerprints DAO represents an updated interpretation of how curation can exist within a Web3 infrastructure. Co-founded by Luiz Ramalho, Fingerprints, put bluntly, aims to assemble the best collection of smart contracts as art. By emphasizing the beauty in the contract, the DAO challenges the popular notion of engaging with an NFT as solely a JPEG asset, but rather as a complex poem of code worthy of tantamount recognition.

Guidelines inform how the DAO collects work, and holders of the $PRINTS coin control the treasury in expanding the collection, which includes Digital Zones, Bitchcoin, Avid Lines, Mutant Garden Seeder, the third largest collection of Autoglyphs, the largest collection of artist DEAFBEEF, and many more. The DAO—membership spans a number of continents and operates in cities globally—is also committed to spearheading and incubating projects within.

In What It Means to Write About Art, the late art critic Dave Hickey, in a conversation with writer Jarrett Earnest, said, “That is how you win: if you have a group of artists with whom you feel an affinity, if one does well, eventually the rest will do well—a rising tide will raise all boats.” Indeed, Fingerprints DAO’s tide is rising. 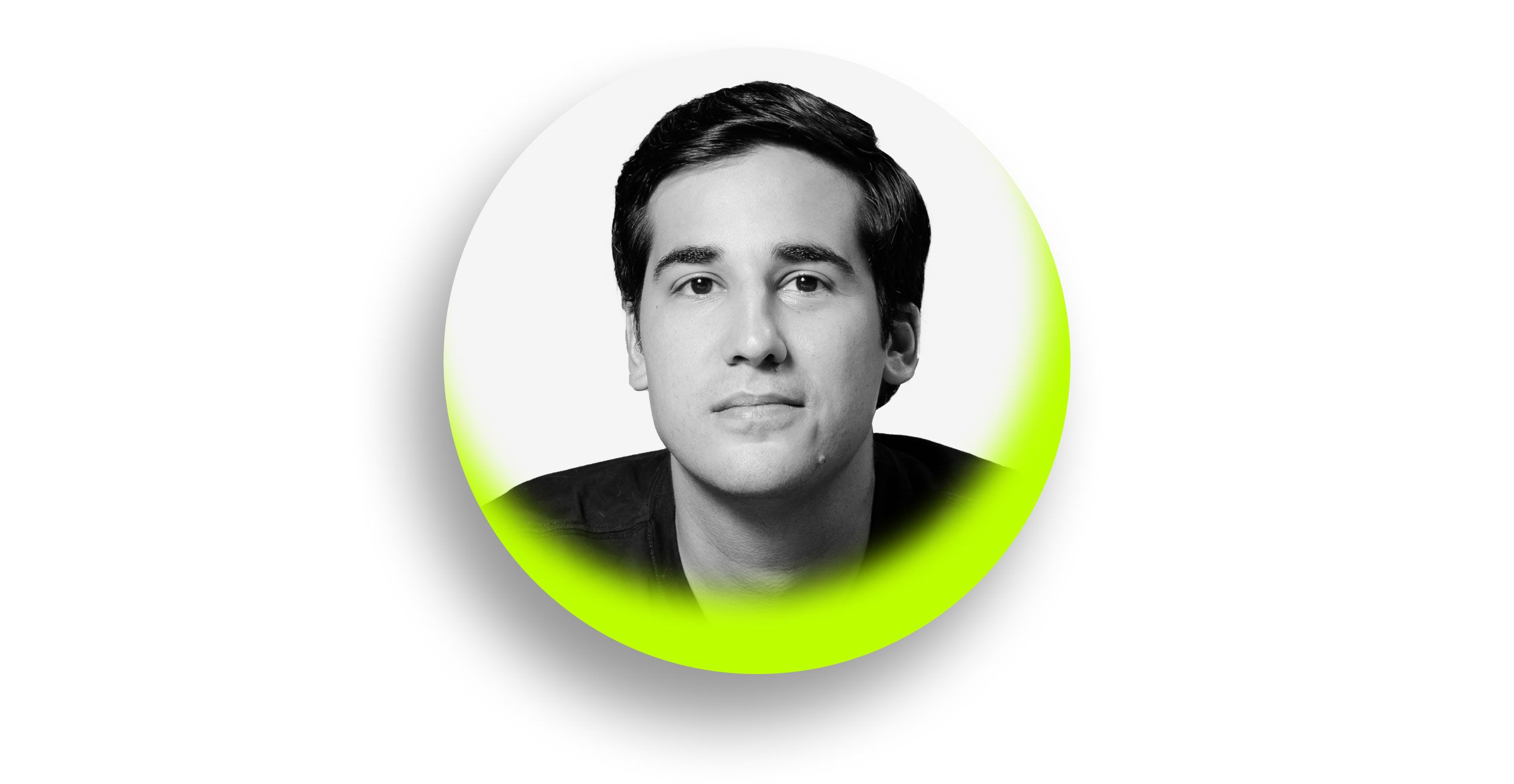 Liam Casey (ZORA): How did you venture into Web3 and more importantly, how did the idea of Fingerprints DAO come to fruition?

Luiz Ramalho: My background is in traditional finance. I worked at Goldman and Blackstone before that. I left in 2016, and in 2017 decided to start a Crypto Quant Fund. That was my main business up until 2021 when I really started to get into NFTs—first from a collector’s perspective. Eventually I found out about Autoglyphs. If you are not familiar with them, it’s the first fully on-chain artwork by Larva Labs—same creators of CryptoPunks—and I saw that as an opportunity to build a bigger collection and use this as a focal point to build a DAO.

I pitched this idea to a few investors here in Brazil. I'm based in São Paulo, and we ended up buying 20 Autoglyphs, launching the DAO, went on to sell more tokens, and eventually we expanded the collection into other artworks that use the blockchain as a medium and not simply as a reference for the artwork.

The Fingerprints community grew into something much bigger than I could potentially anticipate in the beginning. Now the organization has over 200 members, and not only collects, but also produces artworks. We have collaborated with artists, have launched a few different collections, and we have done incubations.

LC: Are you guys still based in São Paulo? Crypto seems to flourish in America because of free markets, but in Europe—we have some people that work in Berlin—crypto is still under the radar, there's a lot more regulatory guardrails. In terms of Brazil, how does crypto translate societally? Is there a bit more free rein?

LR: I'm still in São Paulo. I think, regulation wise, it's similar to the US. Maybe a little bit less regulation. Some of the key members are based in Brazil, but more than half are based outside of Brazil. Some people just live on the internet as well.

LC: You guys have specific criteria for how works enter Fingerprints. What defines a good, smart contract in your estimation?

LR: This idea of smart contract-based art became relevant because of Sam Spike, our lead Creative Director. Basically if you take away the blockchain, the technology itself falls apart. So what we look for is work that has pushed the boundaries of what's possible to do on-chain and what's possible to do with smart contracts. A perfect example of this is DEAFBEEF; he does audiovisual work on-chain. What he was able to do with so many constraints—it’s nothing short of amazing. I still think most people don't understand the importance of his work and I think that's the thing for a lot of the other works we collect.

Most recently we announced that we collected Terraforms by Mathcastles and this has a completely different dynamic, almost like a game’s dynamic. I'm really excited to see what's possible with this new technology. I believe that the kind of work Fingerprints collects ultimately is important from a historical point of view.

LC: The curative element is evident here. You're obviously picking works that collectively are going to have historical significance.

LR: Recently for Art Dubai, which is the largest fair in the Middle East, we collaborated with Terra0 to bring to life a project that they have called Seed Capital. It consisted of live plants in our booth with sensors measuring the temperature and soil moisture, and the idea was that every 15 minutes the computer was able to mint a new NFT and if the measurements were out of range, like in a range that was unhealthy to the plants, it lost that ability. So it kind of forces us to take care of the plants. The ultimate goal is to create a self-sustainable mechanism for taking care of a whole forest. It's very rewarding. As much as possible, we want to bring new stuff to the market. Besides just being a collector, being an active producer.

LC: Absolutely. Recently with new Ukraine data, we're seeing how humanitarian efforts vis-a-vis crypto are functioning. How do you hope to spur ecological change in the Web3 space with this particular project [Seed Capital]—regrowing these forests and whatnot?

LR: I think that, ultimately, this particular project doesn't need to have the political utility that other projects have. It could be just interesting for the sake of being interesting. My impression of this space is that not only are we developing new media, new content, new ways of expressing ourselves, but also new ways of incentivizing and collaboration between humans and machines.

A lot of the time, art proceeds with the change you see in society itself. Even the construction of the DAO and having so many people collaborating is a way for us to learn how to build this new kind of organization. I think NFTs, art, crypto in general—they are still in the fun and games period. But they're going to have a big impact on society a few years down the road.

LC: Does the DAO see itself catering to an NFT-native audience? Or would you like to widen your reach? Are you trying to convince more visual art-focused people to see the token as the art itself and, if so, do you ever have trouble doing that?

LR: I think we started very crypto-native just from the kind of artwork we collect. What we're trying to do now is bring in more people from the traditional art world. Not only do I think they add a very different perspective, but also a very different horizon. My impression is that people in the traditional art world think much more long-term than people in crypto in general. But whenever we go to one event like Art Dubai, it's very clear that it's going to take a while for the work to trickle down.

Ultimately, in the long term, I'm positive that the worlds are going to merge, but in the short term, I think most of the art is going to be collected by crypto-native people.

LC: Where do you see yourselves in five to ten years?

LR: An art-focused ecosystem in Web3; that's probably the thing we are working on. I think Fingerprints is going to be the main collection. It's very hard to predict how the DAOs are going to evolve because even the vision for Fingerprints itself has changed a lot since the beginning. It was only a collection, then we started to produce artwork, then we did incubations. The fact that you have so many people collaborating and so many new ideas coming up makes it a little bit unpredictable, which is part of the fun. The only thing that has been consistent from the beginning is forming a view that very strictly focuses on the idea of art and trying to improve the quality of the work in the NFT space.

So that may be building bridges, eventually bringing in artists that want to come into this world. Ultimately Fingerprints wants to position itself as one of the main organizations bridging the two worlds and really carving a niche for blockchain-based arts in the collective minds of the people. I believe that crypto itself is going to become a larger part of the economy and a larger part of society. So there's a big potential for us to become a place people just look to, like a lighthouse, to point you in a direction that makes sense and improves the whole space.

LC: How has Fingerprints evolved since you first began? What would you say are the most positive changes? Is there anything you would've liked to have done differently looking back?

LR: I think having many different experiments at the same time is one of the strengths of the DAO because we end up finding new roads to go down, new ways to develop. But, at any given point in time, there are three or four different initiatives being discussed and this takes time and energy that not all of them are worth. I think a more cohesive view for Fingerprints earlier, or a more cohesive view between our members on what strategy we want to pursue, would have been positive.

LC: What current projects or collections out there particularly excite you, challenging how the blockchain functions or pushing the needle forward in any capacity?

LR: There are a few that are doing this. Our last two acquisitions—Loot and Terraforms—is art where there's a clear iteration between the subject and the spectator. Let's put it like this: bringing the collector into the production of art itself is going to be a major thing. So becoming more and more interactive in a sense.

DEAFBEEF has one series where the person who holds the token has the ability to change parameters on-chain, and this completely changes the artwork—it's basically like a DJ would mix the artwork. [In] another of his series, once you transfer the tokens, the tokens degrade. So in a sense it's an ever-moving artwork. What blockchain has the ability to do is create art that is always changing.