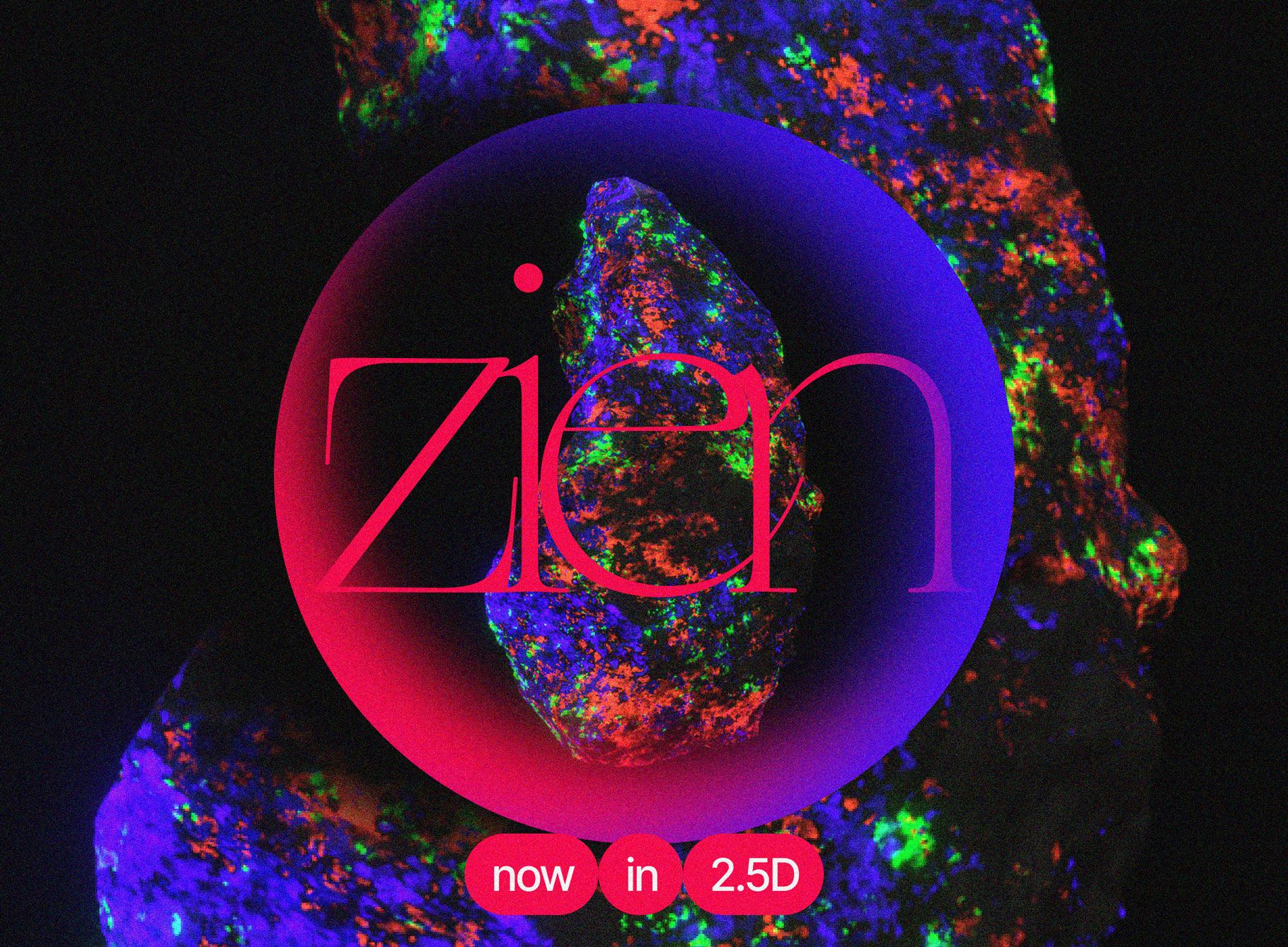 Sometime in the early months of 2020, our sense of reality changed profoundly and permanently. Pandemic-induced lockdowns pushed swathes of the global population into a flattened screen world while the material world outside became strange and ghostly, cloaked in abstraction like a faintly-remembered dream or an arcane financial instrument.

Soon after, the ascent of NFTs made the glossy pulse of the digital countable and collectible. While once even paintings sold purely through PDFs and JPEGs required the promise of an actual canvas stowed away in a distant free port, NFT’s possessed inherent value without being tied to an offscreen representation or physical object. Our experience of the real changed because the physical and the digital no longer mapped neatly onto the tangible and intangible.

This new reality was entirely speculative, in every sense of the word. It was something to think about, to plan for and trade. But it was also something that existed in a state of constant redefinition. We were—and remain—caught in a chaotic phase shift where physical and digital reality have subsumed each other even as they remain insoluble, an epochal transition designer David Rudnick memorably dramatized in terms of the struggle for “primacy.” Rudnick says that we are living in the uncertain shadow of a war between those who believe in the primacy of either the digital or the physical as the ultimate source of value and meaning. Caught between the vapor-pilled and the IRL fundamentalists, we’re left with a culture unable to agree on what reality is, much less how art can uncover new possibilities within it. 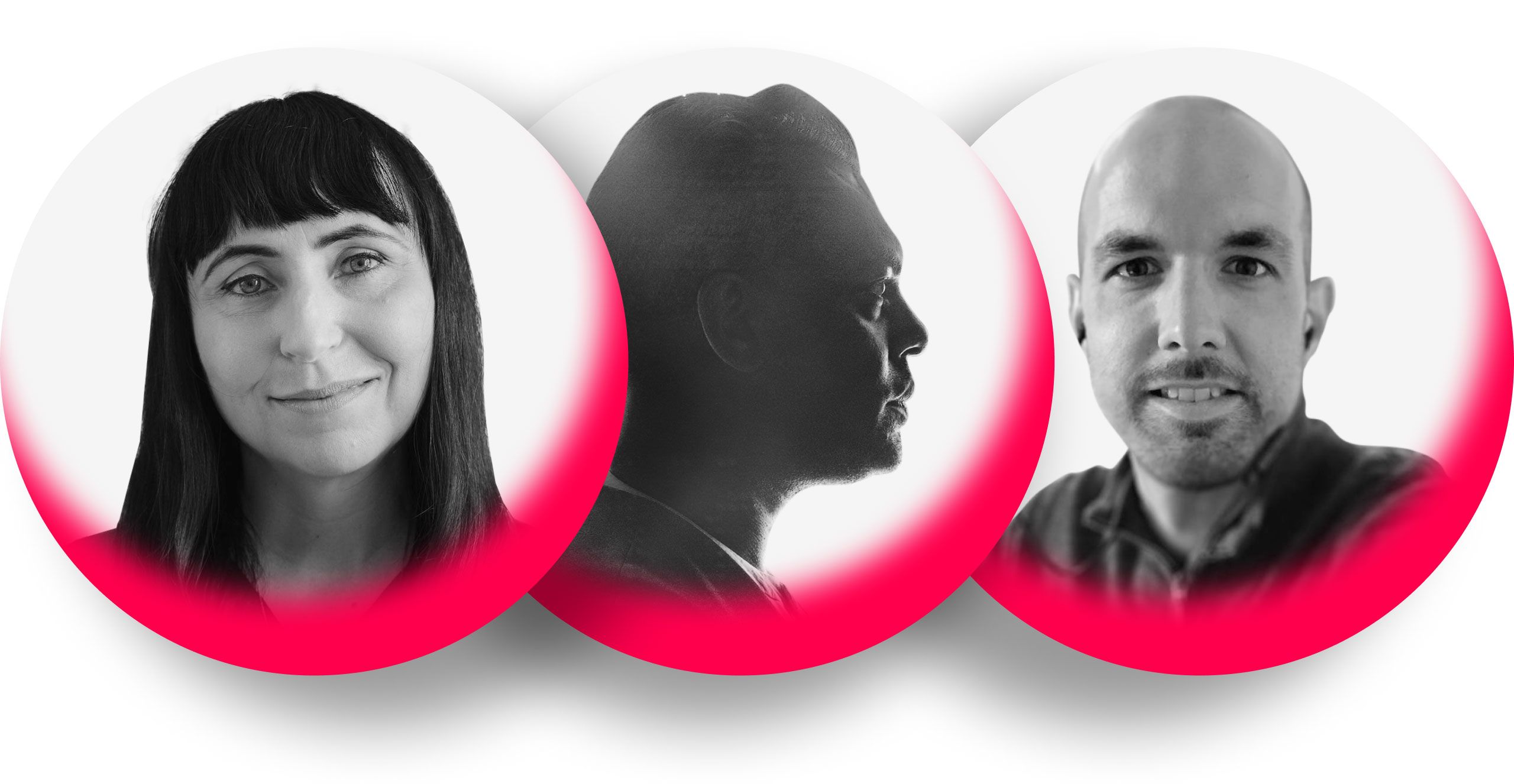 Uncovering such new possibilities is precisely the remit of Zien, a startup taking aim at the rigid dualisms stifling cultural production. Helmed by co-founders Shumon Basar, Peter Holsgrove, and Zoe Nolan—with the broader team including Sarah Bayliss, Basile Fournier, Anika Meier, Tom Mouna, and Ben Vickers—the hybrid venture elides easy definition. “One of the ongoing agonies is choosing a noun to describe us.” Basar tells me. “We are a hyper-collage of a number of traditional entities, a full-service suite from conception to collector.”  Zien commissions artists and collaborates with them to produce what they term—riffing on Rosalind Krauss’ oft-cited 1979 essay ”Sculpture in the Expanded Field”—“Expanded NFTs.” These are artworks collected as NFTs which can then be redeemed by the collector for unique material counterparts. All of this interaction is done through a WhatsApp channel, an everyday technology that is less niche and less noisy than the #whitelist channel of a Discord server.

“It’s not controversial to point out that the gallery model is not meeting the needs of very many artists,” says Holsgrove. “At the same time, we get a sense from the artists that we’re talking to that they don’t necessarily want to fulfill all the roles that artists are often expected to take on in Web3, even if their work might be well-suited to the emerging Web3 audience. The way we see Zien developing is from a bottom-up process in dialogue with artists. What can be the infrastructure that enables artists to think about the way in which their practice functions moving forward?”

Basar adds, “Anybody who’s worth anything at the moment has of course been approached hundreds of times by now to make an NFT. Without exception, they ask them to literally produce a JPEG by next week, which has understandably turned off a huge number of artists. But when we talk to an artist for the first time, the brief is not, ‘Can you come up with NFT?’ We say, ‘We want to collaborate and commission you to come up with a project with at the very least two components. One part will be an NFT that sticks on the blockchain, but then there’s this other path.’ I think it’s the totality of that invitation that has meant that people like Agnieszka Kurant, Jakob Kudsk Steensen, and Shezad Dawood—our season one artists, none of whom have worked in the space before—have said yes. They don’t have to put everything that they’ve ever done aside and come up with a JPEG.”

We’re used to hearing about institutions—in the artworld and elsewhere—mostly in terms of their irrelevance. Institutions, we’re told, are outmoded gate-keeping mechanisms whose primary function is to confer prestige, access, and credibility onto those whose output skews towards an endless recycling of the market-friendly myths of the 20th century. While largely correct, this critique misidentifies the failure of institutions to adequately respond to the challenges of an atrophying culture industry with the institutional form itself. In an appearance on Mat Dryhurst and Holly Herndon’s Interdependence podcast back in August 2021, Basar spoke of the ineffectitude of legacy institutions to adapt to the challenges of the contemporary. In a panicked response to the hyperactive dynamism of digital culture, the institutions had doubled down on their historical prestige, giving up on their founding promise to steer and support the bleeding edge of contemporary culture in the process. What we needed instead were new institutions that could nurture cultural innovation beyond the mimetic compulsion of the feed, that could clear the ground for epiphanic encounters and uncompromising artistry.

Ben Vickers, former CTO of Serpentine Galleries and co-founder of Ignota Books, heard the episode and called up Basar insisting he come speak with him and Holsgrove. Holsgrove had launched an early iteration of Zien back in 2019, working with artists including Ed Fornieles, Petra Cortright, and OMSK Social Club, but had opted to sit out the NFT frenzy of 2021. “Last year was about massive amounts of experimentation up and down the chain on an epic scale,” he says, “but it felt as though there would come a point when what we were doing would just matter a bit more.”

The key features of Zien’s offering—WhatsApp as a primary interface, NFTs with both physical and digital components—were already present in its first expression, but Vickers and Basar believed the model had a renewed impetus after the upheaval of the past year. “It’s no accident that the peak of the bull market and the peak of NFT fever happened during the pandemic,” says Basar. “Tons of people were stuck at home in front of their screens with nowhere to go, and billions of dollars of stimmy checks needed somewhere to go. But more profoundly, we lost half a dimension. We were and to some extent are still living in a 2.5D world. That’s why crypto did what it did, but in terms of trying to track where all this may lead us in relation to the future of art and culture, to stop there seemed to me to demonstrate a poverty of imagination. A lot of the rhetoric of the space is that the old world is burning and so we need to build a new world. I get that sentiment, but I’m also not of that ilk. I just feel there’s too much to give up from the last 35,000 years of culture and messaging, from cave paintings onwards. What I found really exciting about talking to Ben and Peter was that rather than see this innovation purely from the perspective of a radical break from the past, they were open to the possible dialogues between where we’ve been, where we are, and where we might be going.”

These conversations culminated in Zien’s recent relaunch. Furnished with a renewed sense of scope and an expanded conceptual vocabulary courtesy of the neologism machine Basar, Zien intends to carve out a new kind of institution that can function as an interface between the digital and the physical, between Web2 and Web3, and between the petrified artworld and the permissionless iconoclasm of the NFT space.

This vision manifested in their inaugural drop with Agnieszka Kurant, an artist whose previous explorations of collective intelligence and non-human agency have seen her collaborate with neuroscientists, economists, anthropologists, philosophers, clairvoyants, and termites. Sentimentite, her project with Zien, sees her continue to unravel her fascination with value, currency, and how invisible systems of collective belief can crystallize into material forms. Described by the artist as a “speculative mineral-currency of the future,” Sentimentite consists of 100 Expanded NFTs. Each of these exists in digital form as a glossy, meteorite-like 3D model whose form is determined by sentiment analysis of data representing the global emotional response to 1 of 100 seismic events that have shaped the course of the 21st century (some select examples include the Arab Spring, Brexit, the Fukushima disaster, the Ethereum ICO, when the price of crude oil fell below minus 37 dollars). Once purchased, these digital objects can then be redeemed as physical sculptures cast in the artist’s fictional mineral, created by pulverizing 60 objects that have been used as official or unofficial currencies over the course of human history, a list that spans antiquity (whale teeth, seashells, human skulls, salt), to informal shadow economies (Tide detergent, cocaine, bullets, e-waste), to ones that might emerge as the aftermath of catastrophe or in small communities like prisons (cigarettes, soap, candy). The result is an artwork that gives concrete form to the vertiginous flux of collective history, an accelerated geology in which millions of digitized emotional signatures are transformed into matter to be bought and sold. “I’m investigating this form of extractivism which emerged in surveillance capitalism and which consists in the harvest, exploitation, and monetization of our emotions and feelings,” says Kurant. “I’m speculating about what is going to be the currency of the future because it’s impossible to predict. The projection of the future influences the actual future. The circulation of information influences economic decision-making.”

“She's making us think about the volatility of price and the value of our materials, and how suddenly those can change,” says Basar of the project. “When we asked Agnieszka to create an artist’s proof for one of the events, the one she went for immediately was the moment at the outset of the pandemic when the price of oil went to minus 37 dollars. For her, that’s a quintessential demonstration of how quickly things can change from one state to the other, and how material substance and financial substance and civilizational value are all intermeshed.”

“It’s insanely ambitious,” Basar continues, “We have enough sketches and prototypes to populate a natural history museum.” The project, he points out, is essentially three projects in one. There is the index of emotional history and its corresponding sentiment data, mined in collaboration with Justin Lane—cognitive scientist, computer programmer, and self-described “mind hacker.” Then there are the visualizations created with digital artist Gabriel Stone. Finally, there are the fabrications, overseen by Noël Hochuli at Kunstgiesserei St. Gallen. (It’s worth noting too that the pulverization of the material for each sculpture and its subsequent production is only triggered once the collector redeems the NFT—nothing is prefabricated, every sculpture is born from a transaction on the blockchain.) “There were no limitations to how far we were prepared to go,” says Holsgrove. “It was absolutely driven by Agnieszka.”

This intensely collaborative and far-reaching model of artistic production doesn’t come from the tried and tested gallery model, nor does it come from setting artists free from their institutional shackles. Holsgrove points to Ryan Zurrer’s notion of “proof of artwork” to describe the quality and caliber of work they intend to make possible, while Basar reaches for his concept of “new aura” to describe how a digital work might take on a sense of presence and permanence. What Zien has built is a holding structure in which artists can create work that lingers past the numbing dopamine flush of the hype cycle and ruptures the myths we live by. To find meaning, value, and enchantment in a world in which the distinction between the physical and the digital has all but dissolved, these are the structures we need.