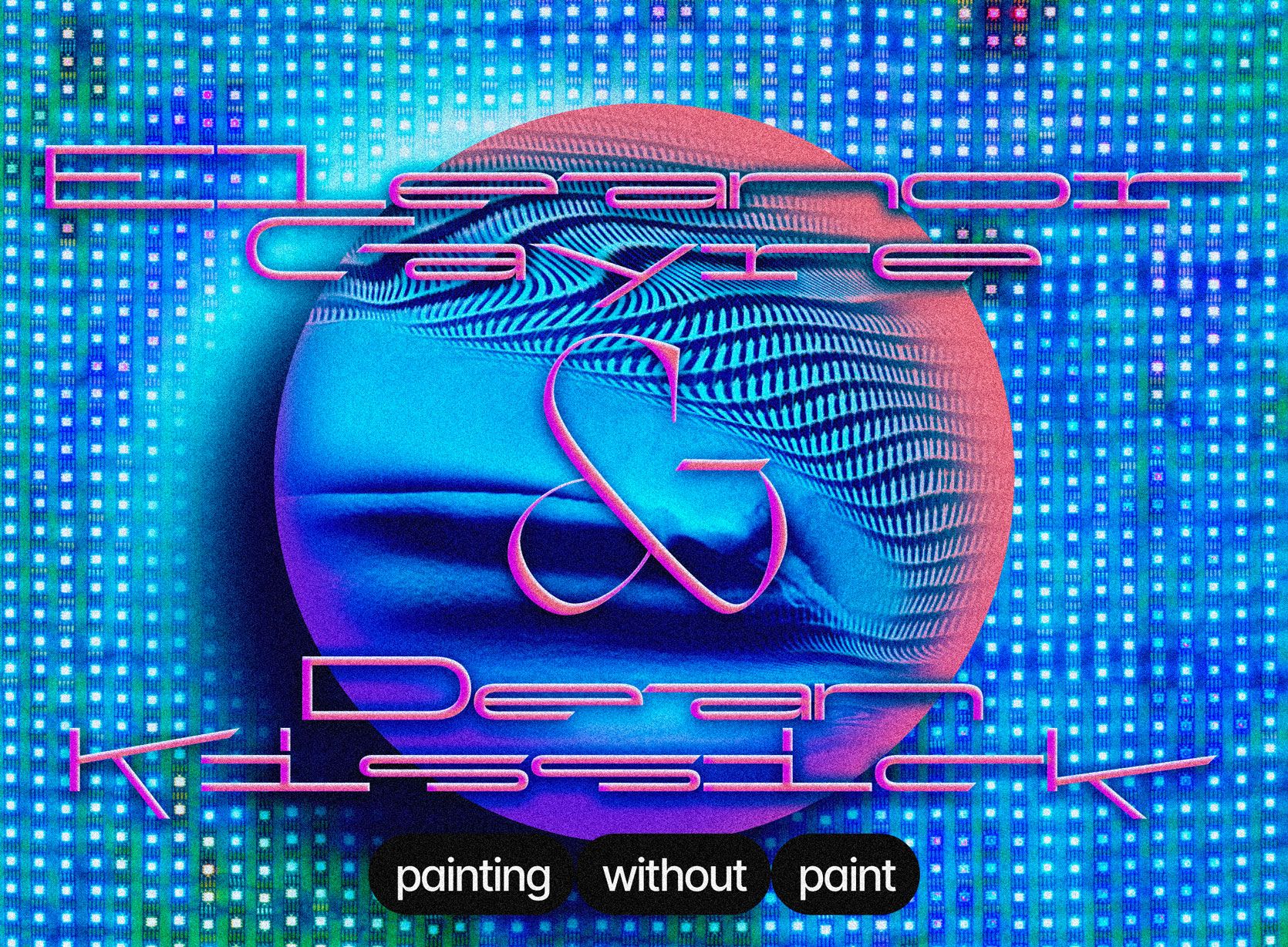 In the room the women come and go, talking of the metaverse. It’s no average Wednesday night. The throngs of New York’s finest are themselves a spectacle, not to mention the reason they trekked uptown in the first place; it’s the opening of a new exhibit at Nahmad Contemporary. The Painter’s New Tools, curated by art advisor and collector Eleanor Cayre and Dean Kissick of Spike Art Magazine, boasts some of the art world’s best and brightest from Richard Prince to Laura Owens, Urs Fischer to Aria Dean.

The show’s reputation exceeds itself. It’s been some time since the city displayed a collective fervor of this magnitude. So what about tonight is different from all other gallery openings in New York? Why the pageantry? What’s new about these painters’ tools? The same thing that was new about the Emperor’s clothes? “Tools” were certainly at work in the making of this show, but not necessarily the kind you can buy at Blick.

Says the show’s description, “These artists have found new ways of manipulating paint, and of painting without paint, by using software, CGI, code, AI, printers, tablets, phones and other image-making technologies.” 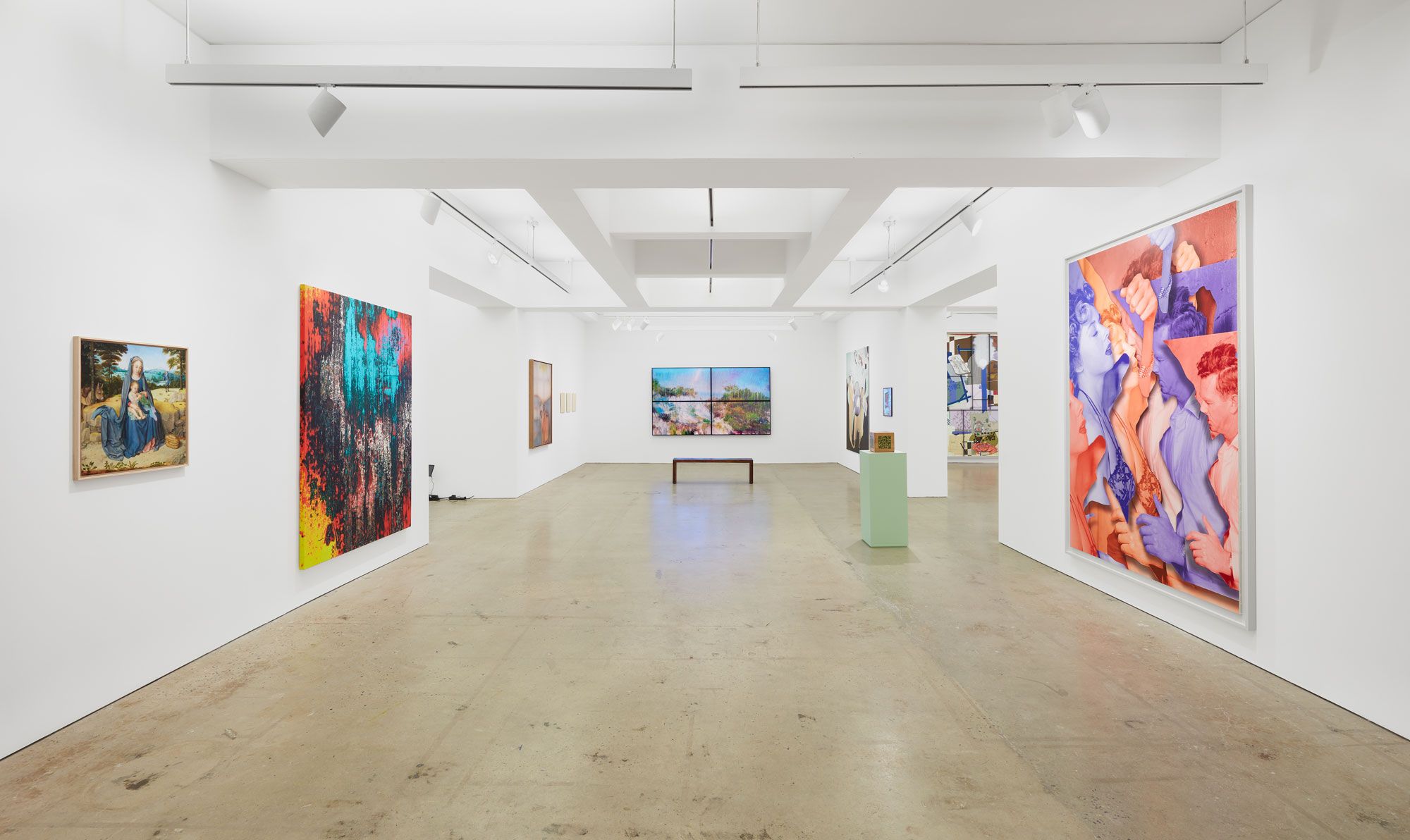 The Painter’s New Tools’ exquisite curation has put each piece in concert, adding new coats and context as you weave through the gallery. It’s no accident; Cayre’s proclivity for design and Kissick’s artistic foresight (he always has something interesting to say about art, culture, and the internet) bolster the exhibit. They understand the symbiosis of art and technology. They understand that the reimagining of traditional medium makes space for something new. Something better. Something big.

Kissick says he read a tweet recently: “It went like NFTs aren’t the future of art. Art is the future of NFTs." He says that both of those conceits are wrong. “Most NFTs do something completely different that has nothing to do with beauty or taste or aesthetics. It’s not art…” Cayre finishes his sentiment, “It’s culture.” 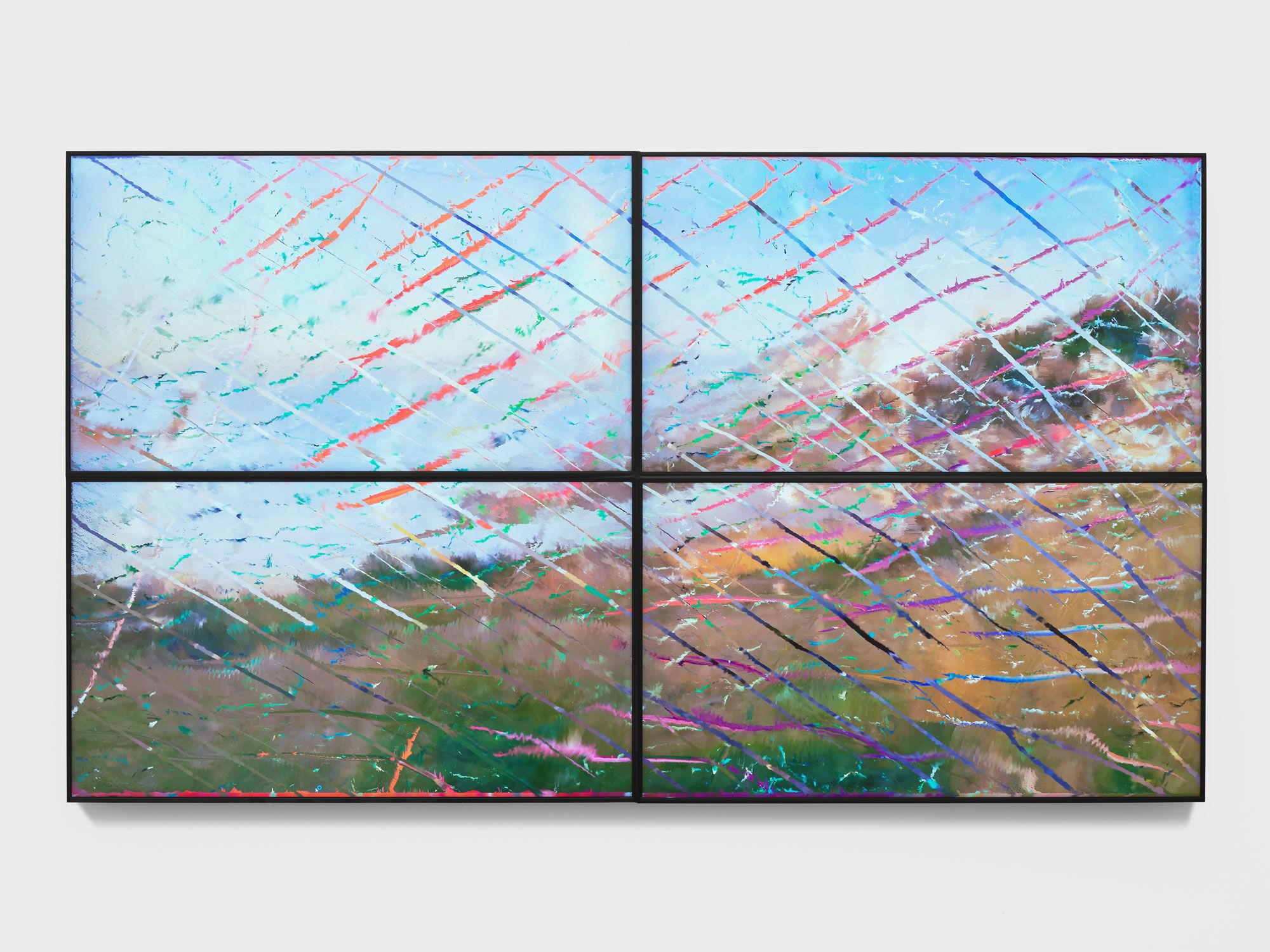 “Take Harm’s piece [Harm van den Dorpel, Coralena (2021)],” says Kissick. He calls these mutations a perfect crossover for his own taste—bridging the gap between art world and NFT aesthetics. “It’s ever-changing. If you’re looking at an NFT from this series on OpenSea, you’ll see it mutate into different variations over time.” Cayre says that it will be different forever. “It will never repeat itself. It’s generative. It’s alive.” And alive it feels, the room moving and blinking, and singing Lana Del Rey [Julien Nguyen, 3’33 (2022)]. If ever an exhibition was trying to say something, it’s this one—addressing the viewer directly through QR codes or bible verses. 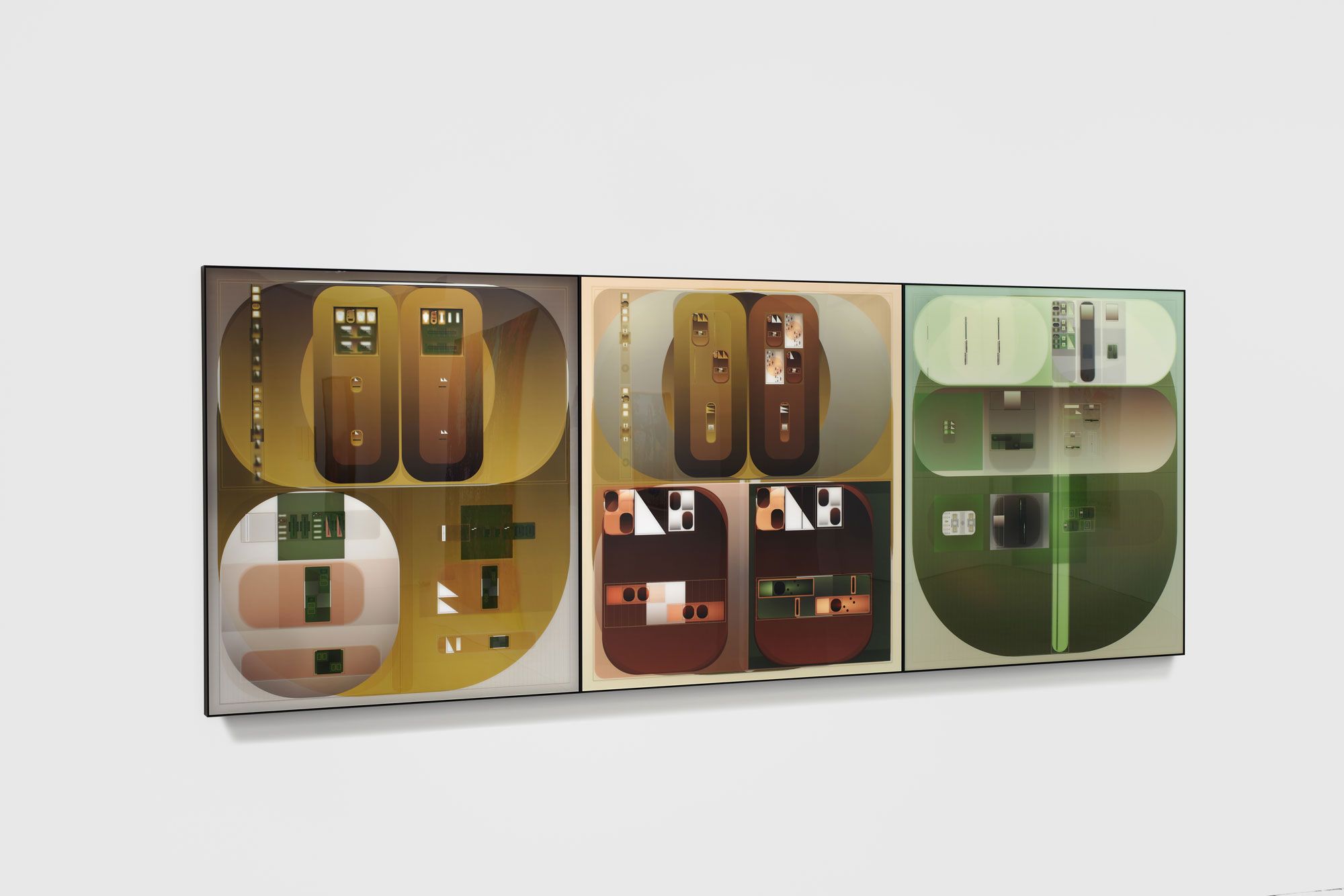 The Painter’s New Tools is both contemporary and anachronistic, reverent of the limits of its painting predecessors while playfully subverting them. It’s an homage to pop art; it’s giving Claes Oldenburg, it’s giving Basquiat, it’s self-referential, colorful, accessible, tongue-and-cheek. NFT conglomerate Tojiba CPU Corp’s Disc Buddie (2022) (#4448 of a 5,000 algorithmically generated PFP series) depicts a computer program urging viewers to print their own Rothko. “Just like the pros!” says an animated disc with arms, echoing Warhol’s famed aphorism, “pop art is for everyone.” Eleanor says she finds this work beautiful. Are we being trolled? Is it all a joke? (Honey, I shrunk the Rothko!). Yet, standing before the Disc Buddie, both on a screen and in a physical space, there is an ineffable beauty to it.

“These artists are working with the machines,” explains Cayre in front of Laura Owens’ Untitled (2016). “They’re setting up the situation for the machine to do its thing.” Over the digital and printed layers of this piece, you can see the refreshing texture of paint. “That’s something you would never see in an image,” she continues. “Your experience viewing this online would be totally different.” 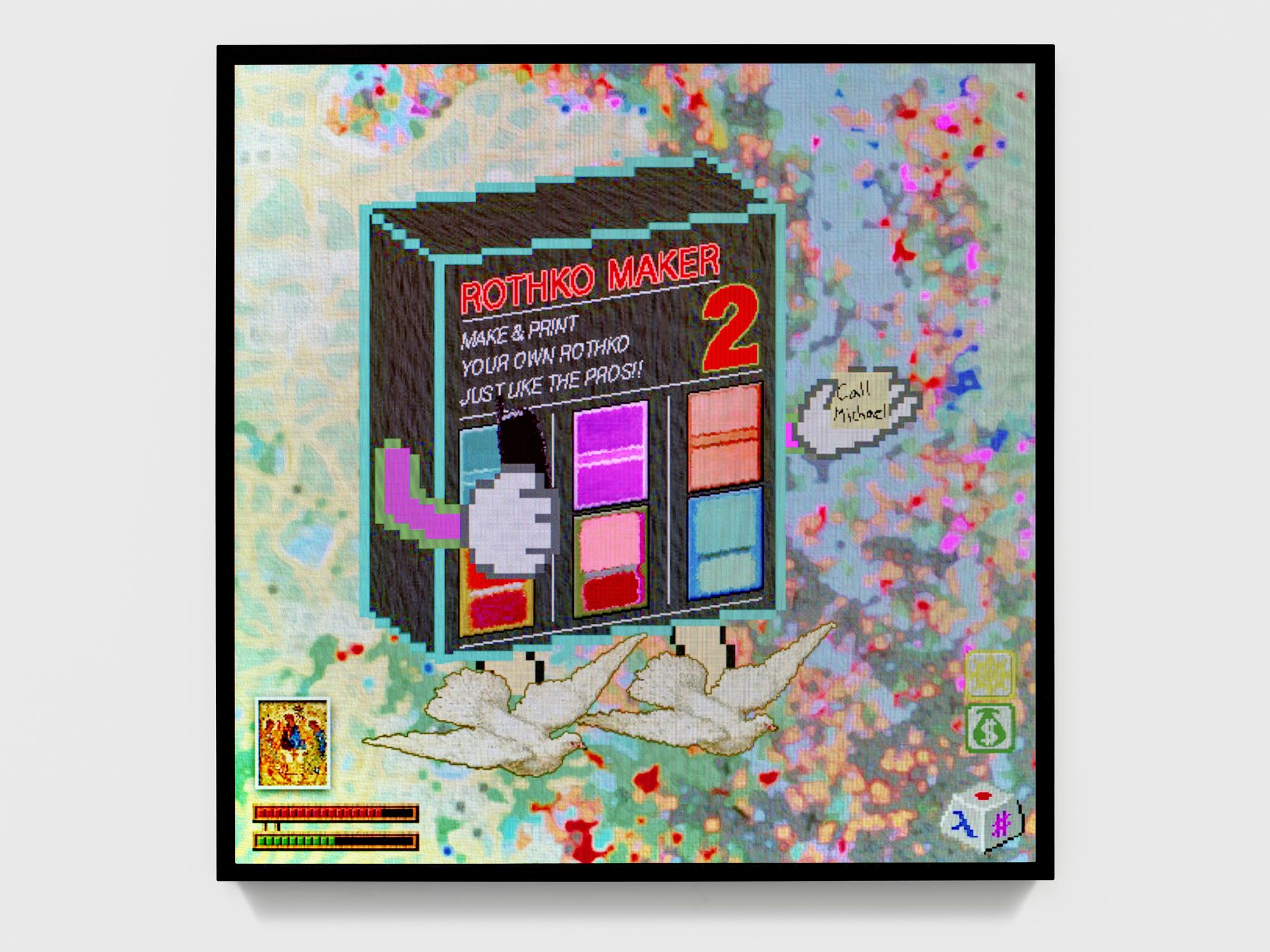 And yet, viewed online is a feature and not a bug of the show. The wall next to Alex Israel’s Self-portrait (2013/2021) reads: “This painting is best viewed through Snapchat.” We’re rejecting the rejection of social media. Embracing it. Making it the means in which to view art instead of a vessel that distracts from it. Put your phone away say our mothers; Take your phone out says Israel. You can’t see the full work without it. Snapchat has been programmed to recognize Israel’s existing self-portraits, and to play a new augmented-reality (AR) work on top of it. Kissick explains, “There are 3 AR lenses to choose from for the first time ever—Snapchat’s engineers have programmed them in time for our show’s opening.” “The screen enhances the experience,” says Cayre. “It all goes back to the artist's intent. Social media is popular culture. We’re reclaiming it.” It’s a new tool. An added benefit for those who bought one of Israel’s Self-portraits in the early 2010s; the painting hanging in your living room for the past 8 years now has an inner-world. 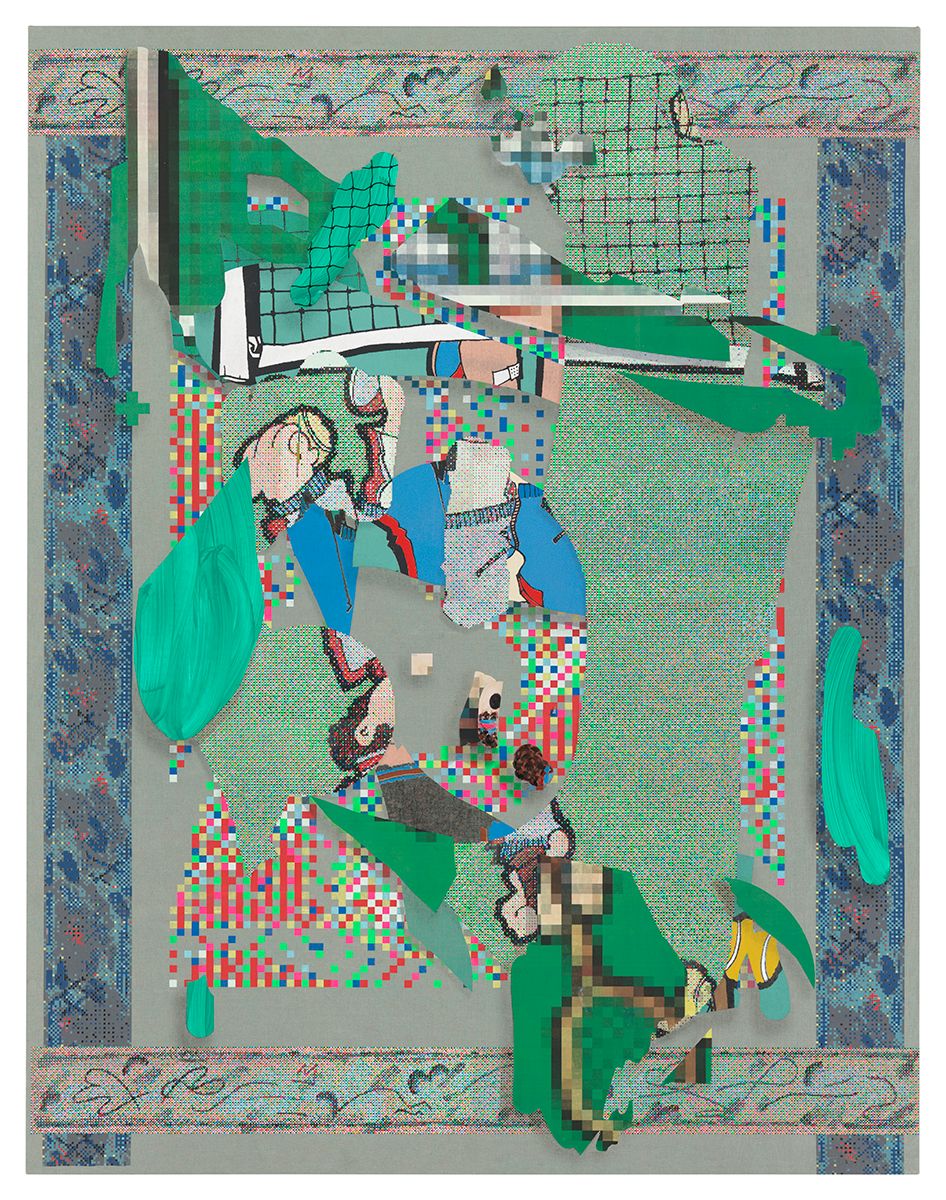 Nestled amongst Camille Henrot’s collage Dos and Don'ts (2022) a fortune reads: “Someone is watching you.” And at Nahmad Contemporary, on that third floor of the gallery surrounded by the respective weight of these 57 pieces, it really feels that way. We thought we were watching the art, when all along…

“I think art represents the time in which it’s made,” says Cayre. “This is about medium and aesthetic and what it feels like to be alive right now. There’s art that’s critiquing society. Art that’s depicting history. This show is about artists pushing the boundaries of mediums.”

Benjamin says a work loses its aura when reproduced.

Jameson says that we are condemned to seek history by way of our own pop images. 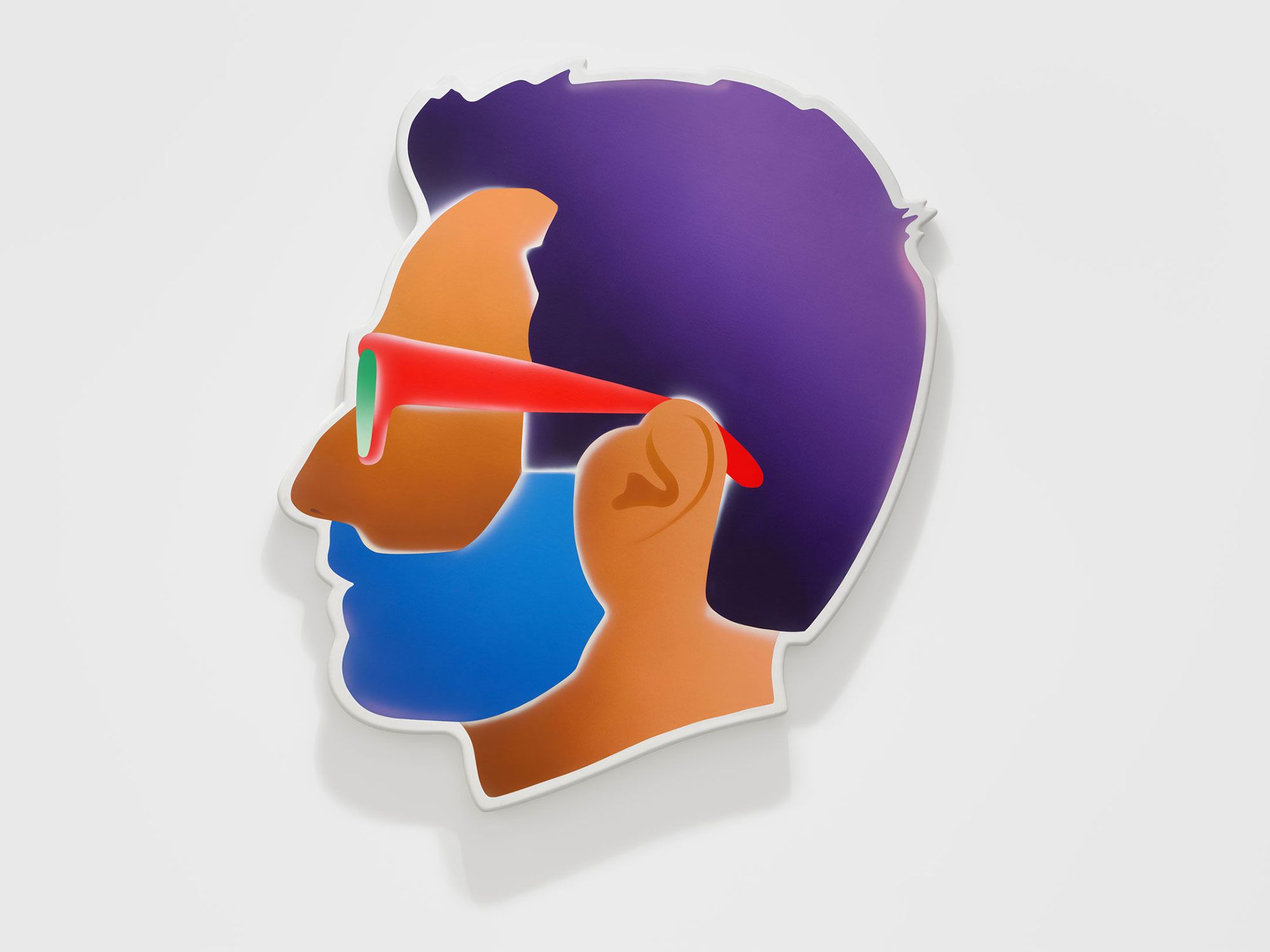 With the bottomless well of information available to us, everyone has the tools of the artist. Anyone can use an AI to paint like Rembrandt, can pitch up their voice on Ableton or write autofiction about their summer camp. The definitions are changing. The lines are blurring.  The Painter’s New Tools begs so many questions: Are we all artists? Can anyone cook and, if so, are there too many of us in the kitchen? Is pop art for everyone? What lies at the intersection of art and technology? The intersection of Web3 and Park Ave? ARE NFTS BEAUTIFUL? Does painting reach a point where it plateaus in relevance or does it transcend time? I’m genuinely asking. I don’t know the answers. I’m not an art critic. 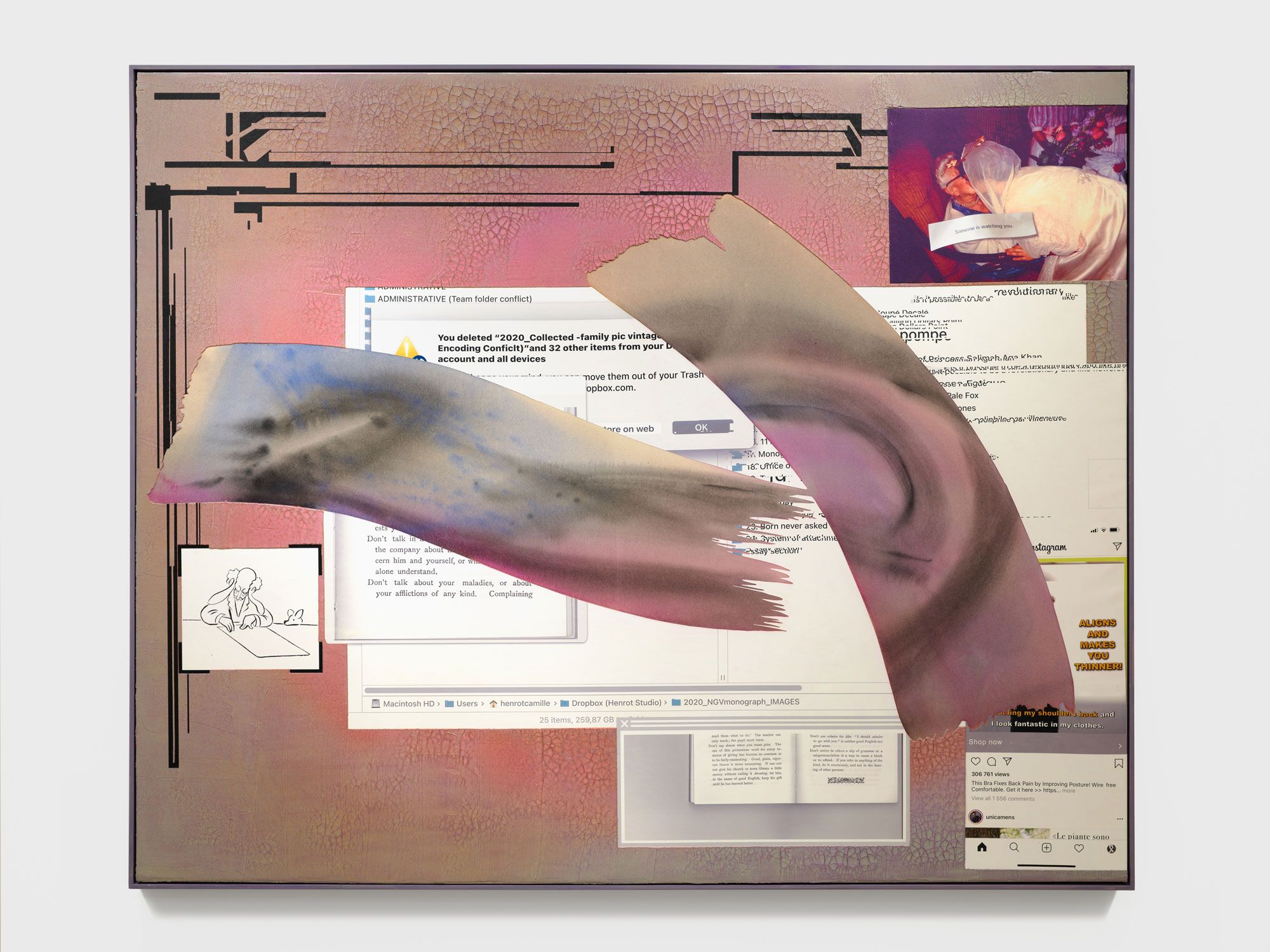 Though Cayre and Kissick leave us questioning, one thing is clear: Great work can emerge from anything, be it beeswax or circutboards. The painter’s greatest tool was never their medium. The cook’s greatest tools are not their ingredients. It’s what they make with them. 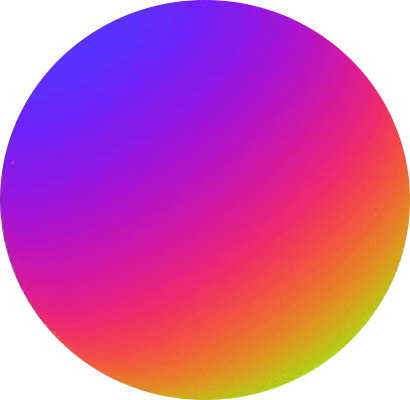