Reggaenomics and the Case for a Public Ledger 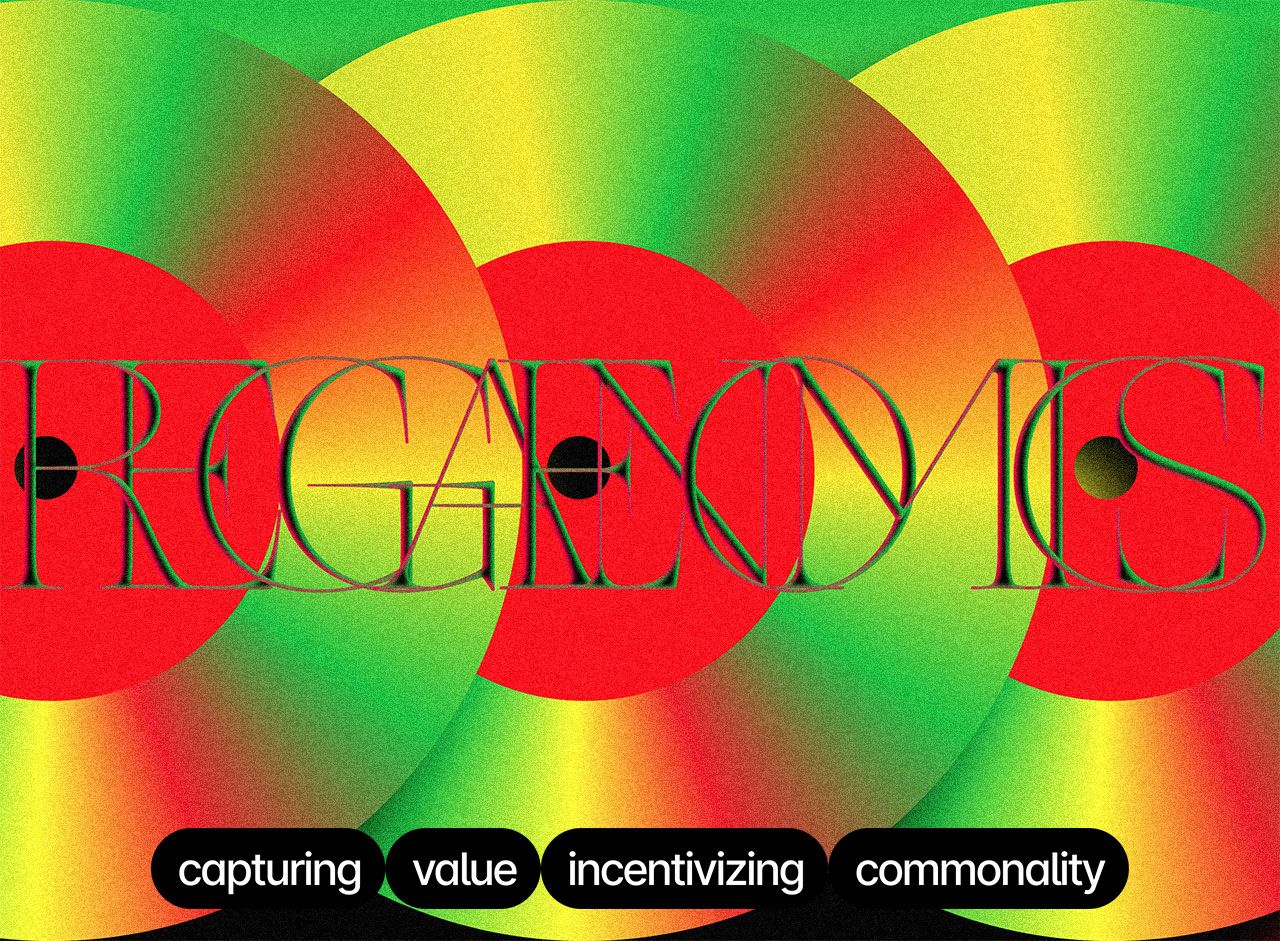 Imagine a world where all media was freely available to be used and reused, but the creator was able to still capture value. Not only that, imagine a world where creators were actively pushing for their work to be used anywhere, encouraging it to be reinterpreted into new mediums by as many artists as possible. While this concept may sound like some digital utopian manifesto, this idea germinated in the Caribbean fifty years ago, and may have found a new home today.

But first, a history lesson.

After Jamaica won independence from Britain in 1962, it transferred the old laws and regulations. It did not, however, enforce copyright protection, viewing it historically as only benefitting the ruling classes.

At the time, Jamaica's nascent music scene looked towards African-American R&B and gospel for inspiration. Because foreign labels wielded no authority in Jamaica, artists would cover popular American songs without fear of retribution, combining local Mento music and Rasta ritual drumming, and evolving the sound into ska, bluebeat and rocksteady.

Dawn Penn's "No No No" was a dancehall cover of Willie Cobbs's "You Don't Love Me".

The lack of prosecution locally also meant that musicians were free to use fellow Jamaican artists’ vocals and music. It was popular to take parts of one song, often the “riddim”, and add new vocals; a song with multiple remixes was called “versions”.

The evolution of riddims and proliferation of versions lit a tinderbox of creative output. Some riddims, like the “Real Rock", “Sleng Teng", and “Bam Bam”, have been used on thousands of other tracks. This open, free, and collaborative melting pot—combined with Soundsystem culture—created dancehall music, and most famously, reggae.

Barry Brown's "Movements Of Jah" and Big Youth's "Concrete Jungle" both use Dawn Penn's "No No No" riddim.

There were complaints, however. Some musicians making these popular riddims and vocals saw no revenue or way to verify ownership of their original creation, thereby losing out on profits if their work was reused on a hit record.

Similarly, musicians who’ve had work sampled in hip hop and dance music have often been robbed of their fair share. One of the most well known examples is the “Amen Break”, a brief drum solo in the 1969 track “Amen Brother” by The Winstons. Tens of thousands of records have sampled the drum break, but the drummer, Gregory C. Coleman, died penniless and homeless.

Despite the widespread use of Coleman’s break, Richard Lewis Spencer, The Winston’s leader who owned the copyright, never pursued legal action against the samplers; now the break is virtually part of the cultural public domain. So what if The Winstons had sued? Would drum'n'bass and jungle—two genres arguably animated by the four-bar snippet—ever have existed? What music genres have we already missed out on due to strict copyright controls?

Which brings us to the origins of copyright: the need for copyright came from printing-press owners who couldn’t stop others from resetting, republishing, and ultimately, gaining financially from their work. Publishers couldn’t control the reproduction, so they lobbied for new laws to ban copying works without permission or payment.

Such laws have remained in place for centuries and served the owners of media well. But with the advent of computers (the perfect copying machines) and the digitization of our lives, these laws have become much harder to enforce, and in my opinion, antithetical to the nature of computers and the internet.

"
Open-source technologies are a great example of embracing the modern digital age: allowing and encouraging copying; and building permissionlessly on top of others’ work.
"

"
Open-source technologies are a great example of embracing the modern digital age: allowing and encouraging copying; and building permissionlessly on top of others’ work.
"

Open-source technologies are a great example of embracing the modern digital age: allowing and encouraging copying; and building permissionlessly on top of others’ work. Whole industries are powered by software built on the premise that there is no gatekeeper, no one restricting access. Projects like Linux have shown us how the freedom to collaborate is more powerful than closed-sourced and private.

Blockchains also harness the power of open-source technology. As well as being open, collaborative and permissionless, blockchains also give us additional qualities: trustless digital interactions, provable scarcity, and provenance.

From these features we get NFTs, which are essentially digital receipts of ownership. David Rudnick's NFT project Stem is an early example of copyright-less NFT art being remixed: it was ironically screenshot and resold; it was "soft forked" by John Palmer; and inspired the first Blitmap piece Rose. 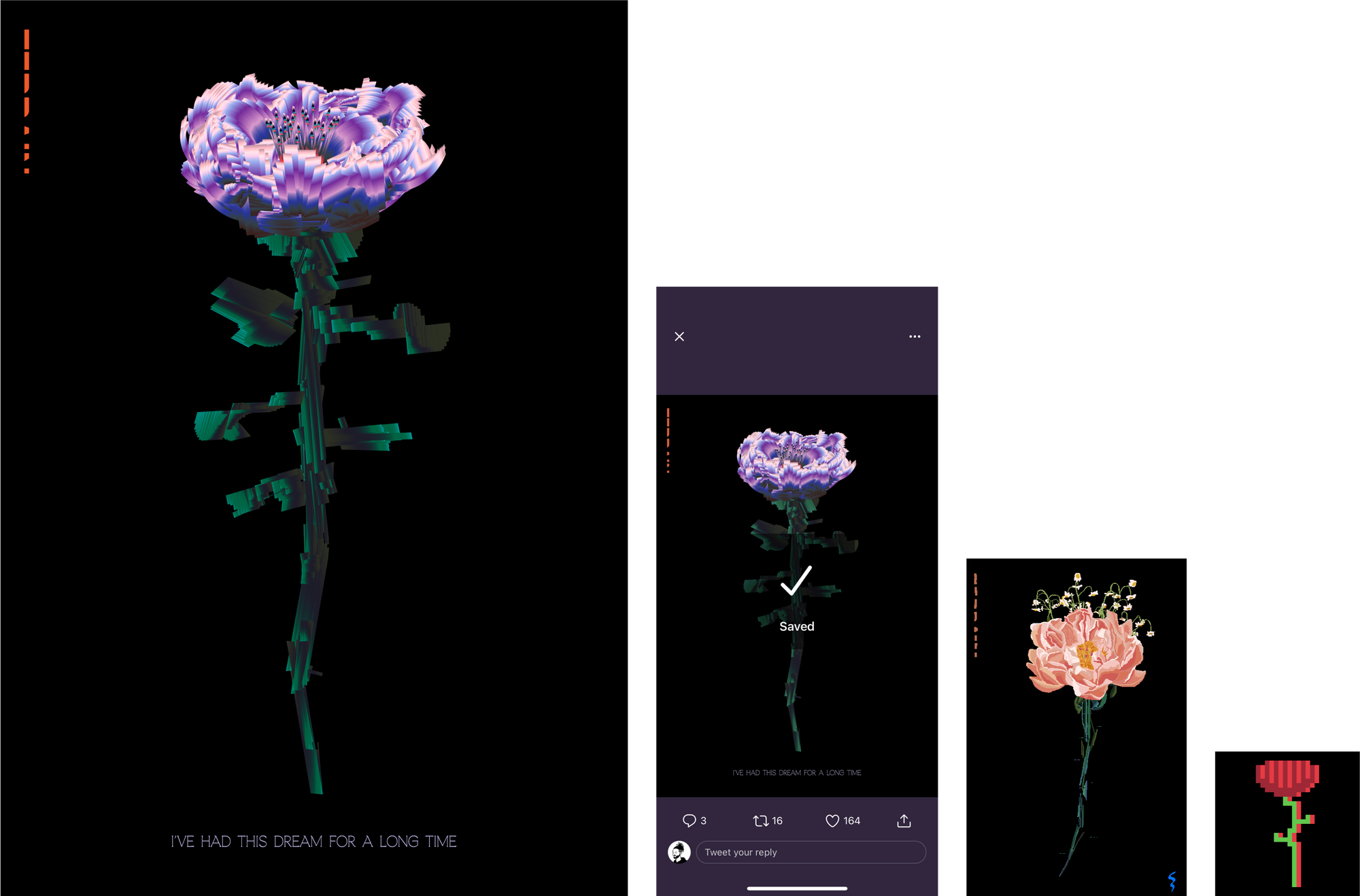 Another example is Loot, a popular NFT-text adventure game intentionally built with very little functionality. Founder Dom Hofmann wrote, "With no company, art, team, or attributes, Loot makes it impossible to gate-keep any creative decisions,” adding, "feel free to use Loot in any way you want.” Subsequently, a whole economy (+$300M volume in trades) and ecosystem have been built—known as derivatives—with community marketplaces and hundreds of projects that remix and build on top of the game project.

There are already great musicians experimenting in the space: RAC, Latashá , Mike Shinoda, Haleek Maul, and Richie Hawtin—all have sold music and music video NFTs; Holly Herndon's Holly+ project is experimenting with AI voice model rights. But ultimately, few have truly broken free from the record label's grasp. This can be attributed to the undefined and raw nature of alternative business models. Should an artist mint the music video or audio? Or all the individual tracks that comprise the record? And what of the streaming revenue? We are still in the early stages of this revolution, and it will take pioneering organizations like Catalog, Revelator, and Audius to provide the tools for artists to make that jump.

The first wave of NFTs has seen an explosion of artists experimenting with this format, but there is some confusion among creators and collectors alike about what they are selling and what they are buying. Copyright notices have been embedded in descriptions; DMCA takedowns notices have been filed against improper use; can the owner of a music video NFT now collect money earned from streaming?

These complaints made more sense when the gatekeepers' boundaries were clearly defined, but in this new digital era, they have blurred. Putting art on the blockchain makes it harder to answer the questions: who do you sue when the user is a pseudonymous account? Under which jurisdiction? What do they really own?

I'd argue that artists should be looking in the other direction, away from labels prosecuting creators, and towards a world of abundance—not scarcity. Artists should embrace the ability to reach across the world and work with anybody who has an internet connection. Imagine the creative landscape if all artists were openly pushing for collaboration and new expressions of their work.

At ZORA, we believe the shift towards fewer gatekeepers is necessary and inevitable.

As we have seen in the Caribbean and with open-source software, the ability to collaborate openly and permissionlessly can create a flourishing ecosystem; what’s different now is a business model which exists to reward and incentivize creators.

History doesn’t repeat itself, but it does rhyme, and the old reggae musicians would surely recognize this new sound.