Reflections on the First-Ever PartyBid

How one party changed it all 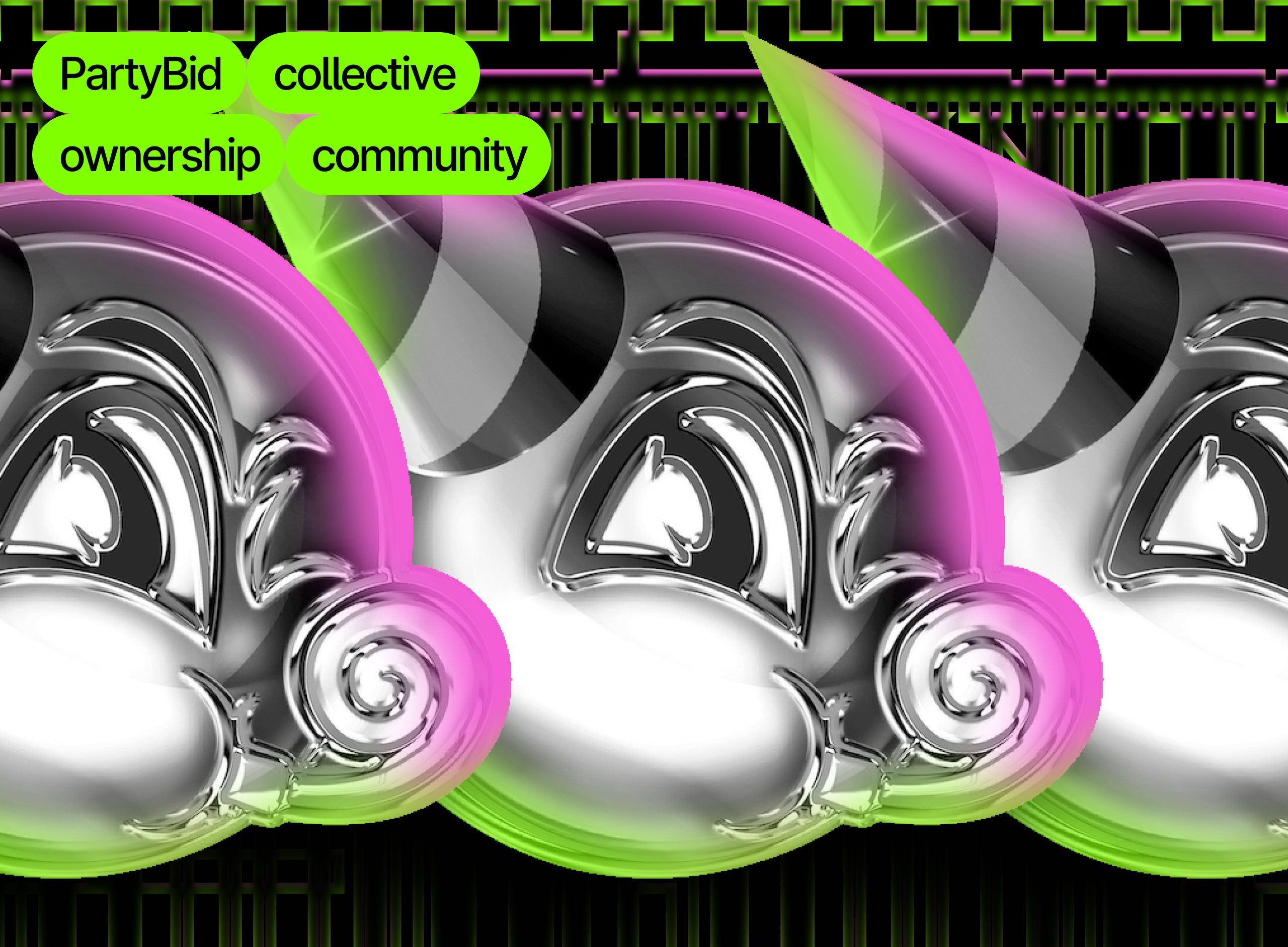 Few things are as anxiety-inducing, or as suspenseful, as watching a countdown go to zero. It’s the thrill of watching your favorite basketball team make a half-court shot to win a game or the anticipation of eating freshly-baked cookies in the oven. And, recently for me, it’s the triumph in making massive NFT sales with my friends.

When you think of the average NFT collector, you think of a singular figure with deep pockets: a “whale”, so to speak. During the early 2021 NFT boom, that was definitely the case: the only people who could afford the eye-popping prices of cultural artifacts such as the Doge NFT were Ethereum early adopters, corporations, and investment firms. It has only been a few weeks since the launch, but it is clear to me that PartyBid is shifting that dynamic entirely. 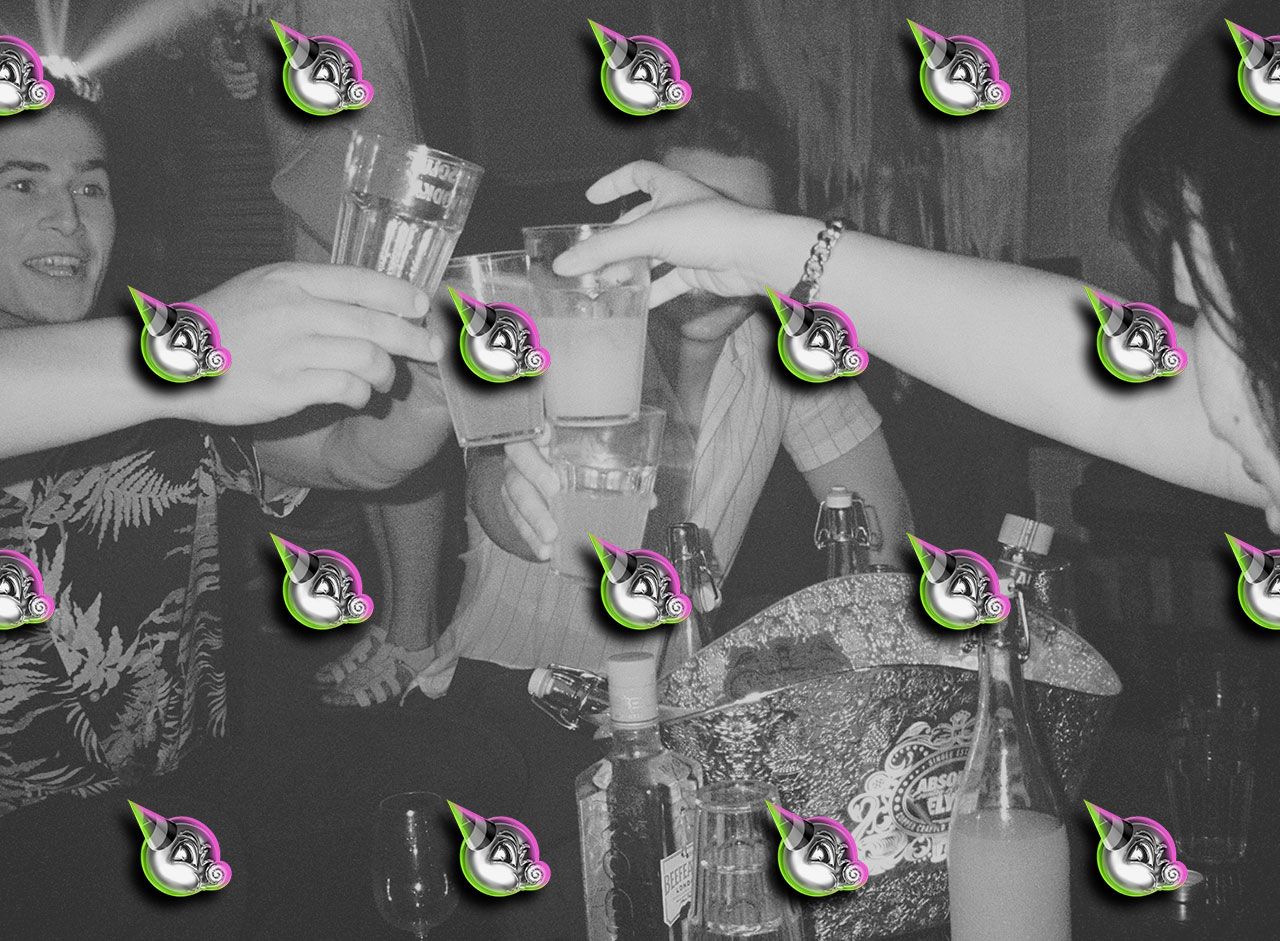 PartyBid collectors, inherently so, are more collaborative than the collectors of old. The role of a PartyBid collector is that of a community steward: one who brings people together, explains the cultural relevance of an NFT, and encourages continued interaction with the rest of the bidding party. A successful PartyBid leans into its community’s capabilities, whether that is making memes to amplify reach, sharing knowledge to onboard new members, or building tools to help the Bid operate better. And most importantly, it’s much more rewarding to win an NFT with a Party: to be the David that can go toe-to-toe with an ETH whale Goliath.

We’ve only scratched the surface of what it means to collectively own an NFT. For a photo it’s obvious: the prize becomes the squad’s profile pic. But NFTs can contain almost anything, such as a share of royalties or an event or space in the physical world. Fractionalizing those items opens a lane for community ownership and co-creation from what opportunities only existed for the rich. The design space of this new paradigm feels infinite.

And to think that this all started with bottle service in Paris with my favorite Internet DAO.

Let’s get this clear: I barely know how to pop champagne. I wear all black to blend in and to feel anonymous. I go to events to get lost in the music, not to make a splash.

"
Fractionalizing those items opens a lane for community ownership and co-creation from what opportunities only existed for the rich.
"

"
Fractionalizing those items opens a lane for community ownership and co-creation from what opportunities only existed for the rich.
"

But I would do anything for my Friends with Benefits. They are a Discord community that leans into the chaos of Internet art and culture. They were throwing an event at the ETHCC conference in Paris, and to commemorate the occasion, they made the gig poster into an NFT and sold it. Winning the token meant access to bottle service for the winner and their friends, a VIP ticket to the single event I cared most about. In the spirit of the conference, a friend asked me if I wanted to get some people together to take PartyBid for a test run.

I said yes. I did not think we would win. I was wrong.

We were up against AAVE, one of the most valuable DeFi protocols, and Hypersphere Ventures, who frequently make investments that are many times my net worth. Which is to say that I thought we were toast. But sometimes, you need the help of people who believe in you more than you do.

I pitched the idea of buying the NFT for the community within the FWB Discord, and immediately we started mobilizing. I didn’t have enough friends at the conference willing to bid. People brought their own crew. At the time, the only way to contribute to the PartyBid was through the underlying contract methods, a process understandable to the most crypto-fluent. We made tutorials and helped one another—until another member of the Bid said, “fuck it” and created a web app to make it easy for people to contribute. 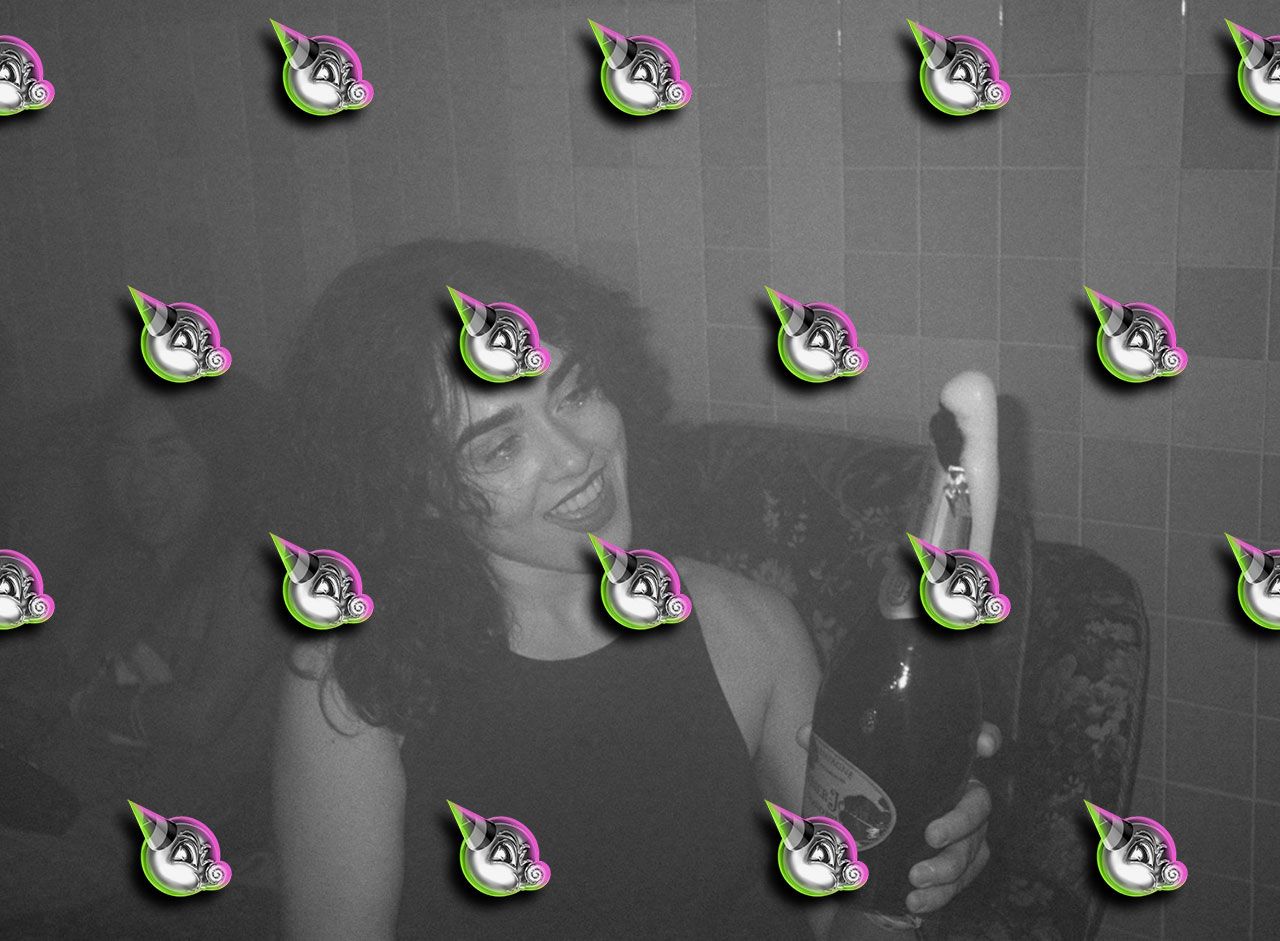 Eventually, about 20 of us came together to raise 5 ETH. We made our bid, and then it was time to wait.

There were 3 hours left on the clock. The group chat furiously refreshed, waiting for a counter-bid: for many, 5 ETH is chump change. Which shadowy cryptomillionaire was waiting until the last second to catch us by surprise? Would it be Vitalik himself?

I waited and waited. Two hours left, then 30 minutes. Nothing. As the clock ticked down, I realized that maybe our comradery scared everyone else off. Success!

Now I had 2 hours to Google “what to expect from bottle service.”

At the party, I caught up with people I hadn’t seen since the beginning of the pandemic, hung out with friends URL and IRL, and met some new ones too. We danced the night away, courtesy of European legends Boys Noize, Busy P, and Maelstrom. The bottle service area felt like an extension of the community, instead of a closed-off area for a corporate sponsor. After a few hours, I stumbled out into the streets of Paris, feeling great that I could help pull that off. 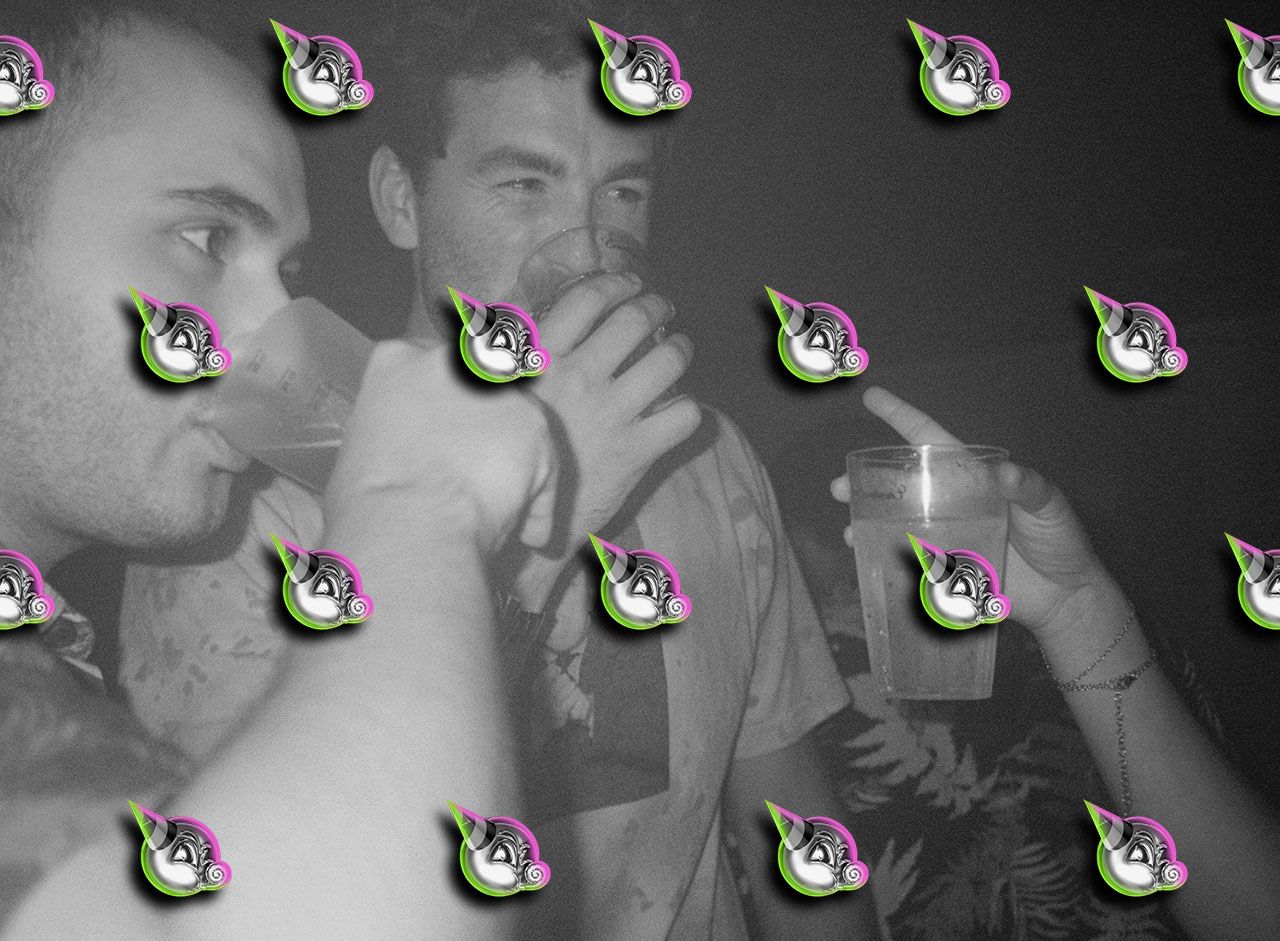 It’s hard to come away from a PartyBid not feeling like the Internet can’t buy a planet together, or build the next generation of public infrastructure. Even in the few short weeks that PartyBid has been operational, a group of collectors came together to buy two CryptoPunks dubbed $HALLE and $TIARA, in a move to directly combat the low price floor of NFTs with Black and Brown features, and to build wealth within the communities who identify as such. It’s inspiring to see my peers seize the opportunity in front of them to combat what our society deems to have “value,” because of the outsized influence of a few individuals.

As a young person, I’ve always felt disconnected from the people making decisions in our built world. Maybe that’s why I gravitated towards the Internet at a young age. Watching the camaraderie formed by a group of people buying JPEGs gives me hope that we can do the same IRL: to contribute to spaces for us all to feel heard, and to steward change that we all, collectively, believe in.

But enough rambling. You should just try PartyBid for yourself.

Nic Hamilton and the Beauty of Incremental Change

Originally trained as an architect, the Melbourne-based image maker is preparing to release Nuxui, a generative series which examines the passage of time—from simple 3D fragments to abandoned infrastructures
Zora21 Jan 2022