NiftyTable on Data Analysis and Why Decentralization Matters

“Data definitely has a limit in the value that it provides. The rest is filled by human imagination and effort.” 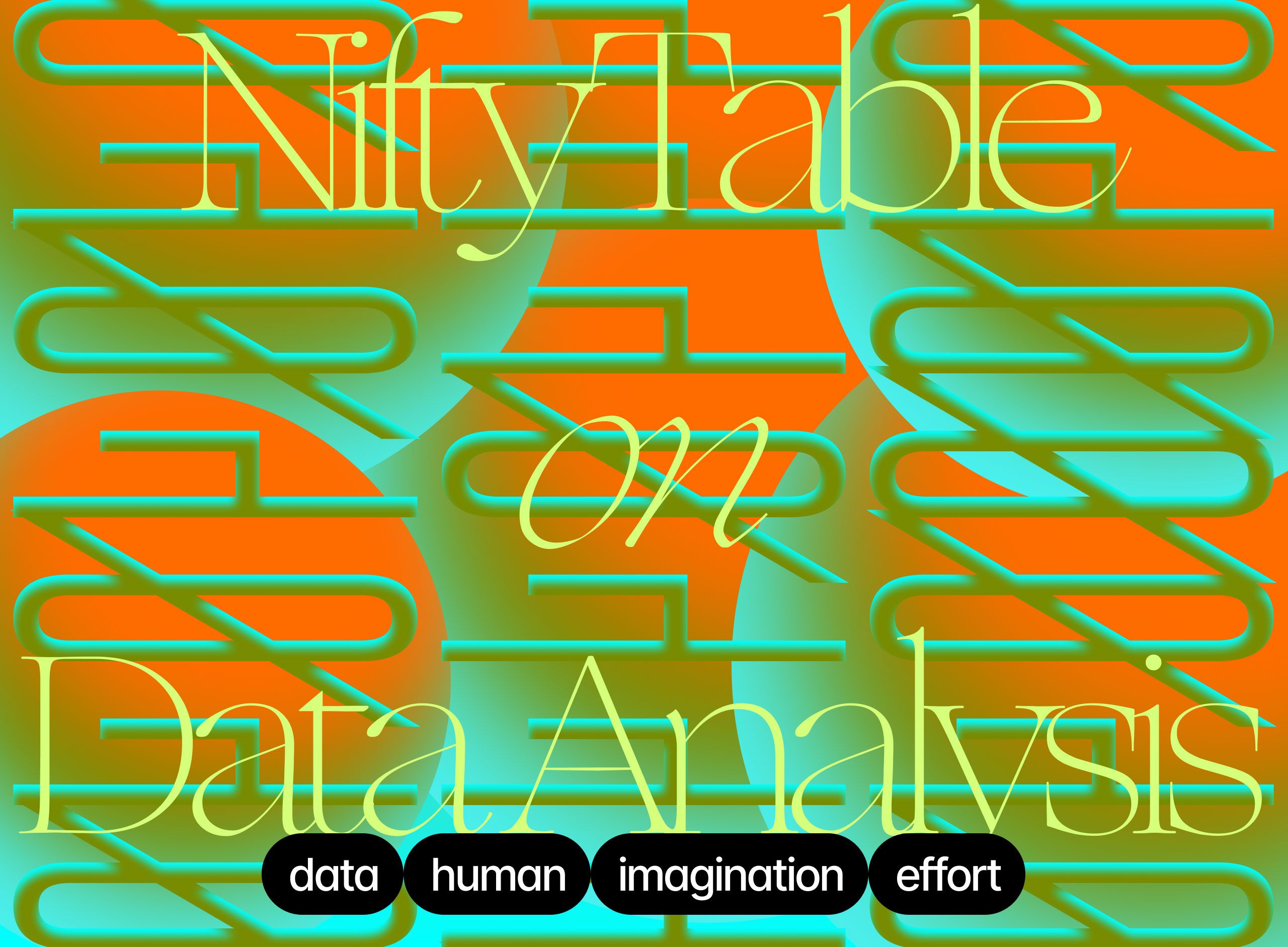 Michail Stangl (ZORA): Let’s start with your story— how you ended up in Web3, when all of this began to make sense to you.

NiftyTable: My first introduction to the weird and wonderful world of Web3 was in early 2017. I came home one day to my two friends mining Ethereum out of our little flat. They had spent all this money that they didn't have on graphics cards. It was really loud and noisy, and I thought it was super fascinating what they were doing. The whole concept of the Ethereum network was super interesting, but at the same time, I was too risk-averse to get involved myself. I was just watching from the sidelines. And then, of course, at the end of 2017, the price of Ethereum jumped 10,000% or whatever. They had an insane time trying to keep that farm alive.

They didn't become crypto millionaires or anything. They made a good bit of money and then they shut down when the economics of the little farm they were running out of our flat didn't make sense anymore. But I definitely regretted not getting involved in it. From that point on, I had been following the crypto markets, but wasn’t actively involved—I just felt like it was obviously what the future would be. In late 2020 when all of the hype started to build around NFTs, I knew I didn’t want to get left behind this time. I wanted to get involved. I started doing some data analysis to figure out what products I should build. In early 2021, I realized that maybe the data itself would be a product that people are interested in because everybody else seemed confused about what was going on. I started following crypto people on Twitter and decided to do a newsletter. If you're going to spend weeks working on something, you want to make sure that people actually see it.

Cryptocurrencies are amazing. NFTs are amazing. All of this is amazing. But the fact that every transaction that has ever happened on the Ethereum blockchain or the Bitcoin blockchain is freely open and accessible to anybody who wants to look, is really the most underrated amazing thing about blockchains. Anybody anywhere in the world can just open up a phone or laptop and look at how many people traded today, how much they traded.

MS: When you talk about the accessibility of that data—I read somewhere we generate 2.5 quintillion bytes of data per day just as a society. So having access to data is not really a competitive advantage. Being able to make sense of it or to structure it or to understand how to structure it is the advantage. How do you approach this infinite pool of data as a data scientist?

NT: Does data even show you the full picture? I think it’s a super interesting question. All of the research that I've done about the NFT space is great for figuring out what's going on right now, but it's completely useless for predicting the future. People who tell you that they ran some AI algorithm that is going to help me figure out what the market looks like tomorrow are leaving out a hundred caveats. Especially in the market that is so driven by human emotion, which is not entirely rational in lots of ways— it’s not useful for looking into the future. I do a lot of Zoom calls with people who are building cool stuff in this space because speaking to people is honestly the only way to figure out where things are going and what comes next. Data definitely has a limit in the value that it provides. The rest is filled by human imagination and effort. 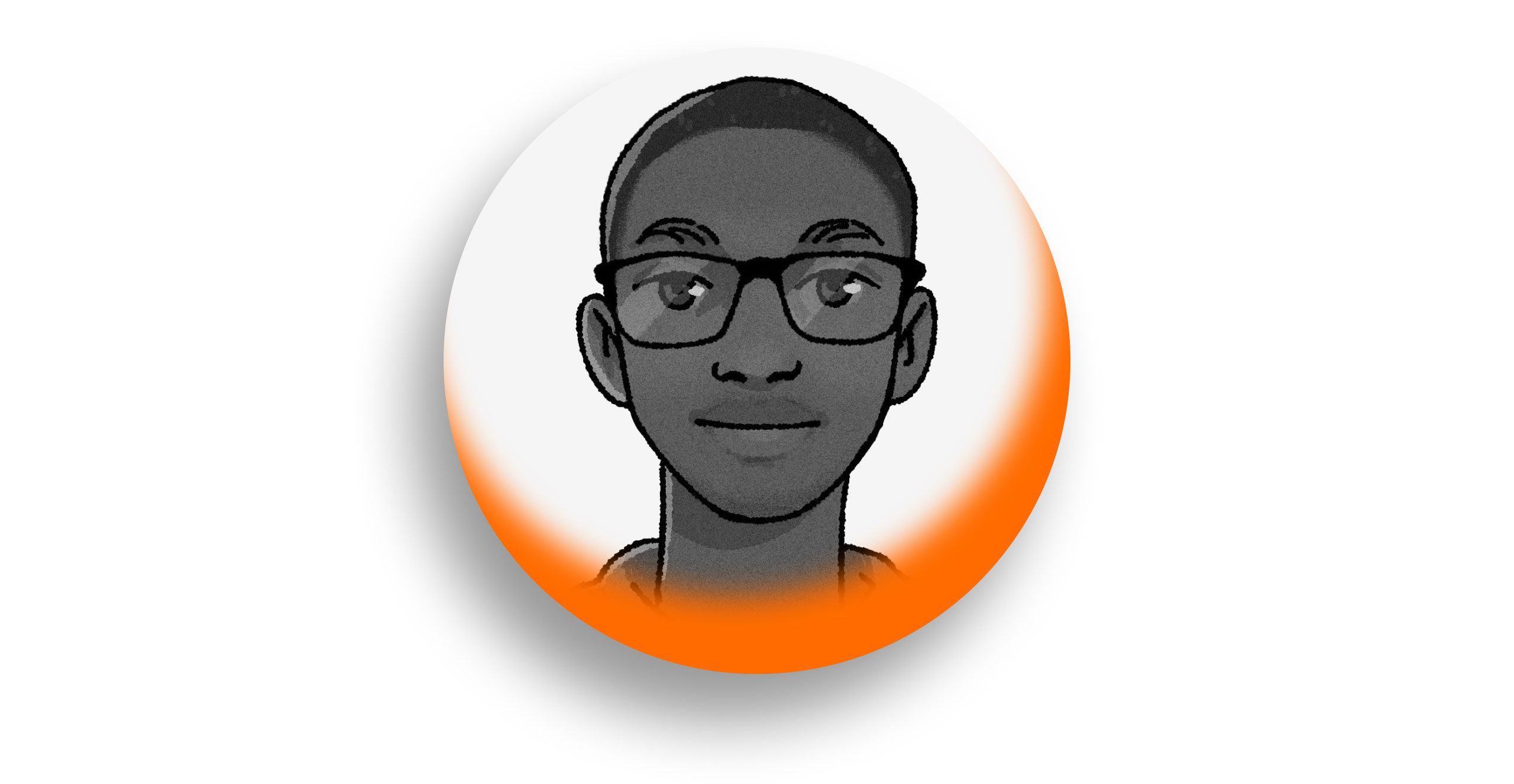 MS: On one hand you have NFTs as a cultural space, an artistic space that ultimately is more influenced by human factors, like taste, aesthetic, discourse. On the other hand, Web3 is a new tech frontier. How do you kind of protect that human element from technocracy?

NT: It's totally fair for collectors to want to have some insight into the sales history of an artist, or the floor of the market, etc. But to be honest, it would be quite disappointing if the final result is that those stats are all that is used to evaluate somebody's work. The whole point of art is to invoke emotion and to convey a narrative that can’t really be quantified in a spreadsheet or on a chart. It would be remiss of us to attempt to distill that NFT community down to just numbers, to pick artists just based on numbers. As much of a fan as I am of data, the NFT art space should be maybe 80% human and 20% numbers.

I ran a poll a while ago asking people why they buy NFTs. The majority of the responses were that they like art, but they’re also hoping this might be an interesting alternative investment vehicle. With NFT art and the explosion in interest that happened this year, we as a community made a promise or social contract or whatever you want to call it with all the artists coming into the space that this is something for them—that this was a new frontier for artists and digital artists to be able to stand on the same footing as physical artists who can sell their works in galleries. Empowering creators does not look like discounting people. The NFT space only exists because of artists. The artists built the foundation of what we stand on now in the NFT space. And we owe all that we have to them in this space. The vision is empowering artists to be able to make art for the sake of art and own that, and be able to make a living off of that.

MS: You said in the NFT art space 80% is the human aspect, the 20% should be data. What should people pay attention to? What are the indicators they should learn about that you think are important for beginners?

NT: I'll start off with the things that are less important than people think. When I did my very first newsletter article about artists who had made 100K or more in NFT sales, I asked, what do their stats look like? What are the uniting factors of artists who had made that amount of money in the three years that NFTs have been on Ethereum? One of the things I looked at was what medium artists were using if they were doing 2D work or 3D work or animated stuff. One of the things that I was surprised by was that there was not a clear winner. Creators were finding success creating in whatever medium they were most interested in. Worrying about the data of what type of art is selling is less important than people think it is.

"
Creators were finding success creating in whatever medium they were most interested in.
"

"
Creators were finding success creating in whatever medium they were most interested in.
"

One thing that's important to think about is the entry point of an artist to the market—what type of entry to the market creates a situation in which an artist's work can appreciate in value over time, supporting them and rewarding the early collectors. Quite a few creators have had success starting off with an entry-level price that is accessible to a lot of collectors. This also puts you in a position where you started from a price where growth is possible.

But we also want to push back against the idea that the price determines the quality of the work, because it doesn’t. Someone who has poured their heart into making something that is beautiful should not have to deal with the mental stress of thinking if they lower the price, the work is worthless. Or that if somebody doesn’t want to buy it at a certain price, it isn't work that is wrong. These aren’t actually tied to the value of the thing. I think it’s been a big factor in NFT artist burnout that we’ve seen this year.

MS: As a data scientist, how do you think about the future of identity as a data point? It’s monetization, and what Web3 as an industry has to build to maintain integrity. We accumulate a lot of data that's connected with identity—it can be harvested, utilized, or utilized against us.

NT: That's an interesting way of putting it. To clarify: the feat is that those who have the advantage of doing blockchain data analysis might take this information about the connection between people’s identities and how they’ve used the network to use that information against them in some way?

MS: Exactly. Maybe things can be analyzed that shouldn't be analyzed.

NT: This is a very interesting question. I think that this actually dives right into the core of why decentralization is important in the first place. Chris Dixon has an amazing article called “Why Decentralization Matters” that I recommend.

You're totally right that in Web2, companies have all of this information about us that is tied to our unique identities and are using it to optimize systems in ways that are not beneficial to us—to increase our screen time as opposed to increasing the value that we get out of their products. The promise of decentralization is the promise of a future where we want to get value out of the platform. It's the promise of the future of users owning the platforms, and therefore, we avoid those who are in control of platforms using data in a way that is not aligned with what we want it used for. This is why Web3 is important in the first place. I don’t think the solution is choosing not to do an in-depth analysis of how identity ties to usage and whatnot. I think the solution is in building completely different formats of systems than the ones that we have today—building decentralized systems where users have ownership.