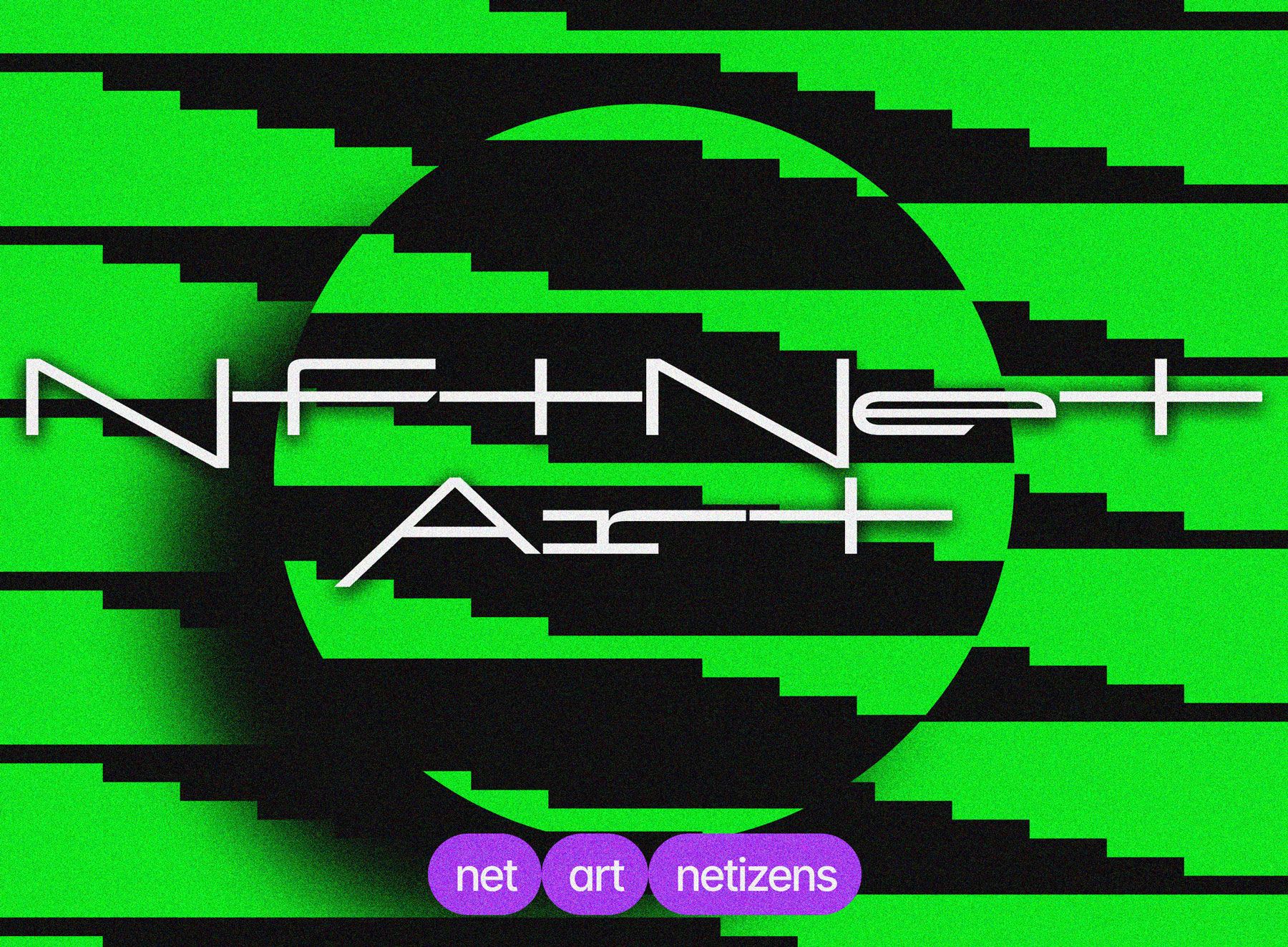 Tucked in a warehouse-turned-club in Berlin’s Wedding district, panke.gallery celebrated its five-year anniversary in February with NfTNeTArT, a group show organized by veteran New Media art curator Robert Sakrowski, and running until March 12. As the title alludes, the current wave of NFT works sweeping headlines and art fairs alike, in fact, have roots in the Net Art movement of the 1990s and early 2000s, when artists began experimenting with the internet itself as a medium for expression. Web browsers, developer codes, scripts, and search engines all became tools for making socially-engaged, interactive works that rejected the commercialism of the recently crashed '80s art market. The connections between digital art movements are reinforced by the exhibition’s arrangement; at the front and center of the gallery sit several Net Art-era works on laptops, encircled by more recent works of blockchain art floating on wall-mounted screens. Organized in partnership with Berlin’s OFFICE IMPART, the exhibition opened with a party at a neighboring club and a series of Instagram live discussions.

Participants include Kim Asendorf, LaTurbo Avedon, Sarah Friend, LIA, Jonas Lund, Rhea Myers, Rafaël Rozendaal, Cornelia Sollfrank, and Harm van den Dorpel. All nine artists on display consider the possibilities of generative art and blockchain technology. Conceptually rigorous and aesthetically diverse, Sakrowski’s selections posit the kind of questions New Media artists have toyed with for decades: What role does the viewer play in consuming a work of art?; Can artists and viewers co-create work, and challenge traditional notions of authorship?; As platforms shift and technologies become obsolete, can digital art last over time? What artistic—and political—possibilities does art made on the blockchain offer?

The possibilities of shared authorship have been central to featured artist Cornelia Sollfrank’s work for decades, since she founded the Old Boys Network (1997-2001), an alliance that published the “Cyberfeminist International”. Her work on view, //OG flowers//, takes Andy Warhol’s famed “Flowers” lithograph from 1964 and puts the images through the net.art generator to create 100 new, layered images into a collage. “It’s a reference to a very important image of 20th century art history, so I started doing research and dug a little bit deeper,” remarks Sollfrank. “I found that Warhol himself did not create this image, but he actually appropriated it from a photographer who sued him for copyright infringement, so it's never been an original in the traditional sense of aesthetic.”

Kim Asendorf, the artist behind SABOTAGE (2022), has always been interested in using the internet as his canvas. Made up of a series of sequentially arranged, real-time animations that push up against each other, the piece creates a planned chaos on the screen. Asendorf plays with grids, lines, and gradients to offer an initial state of order that is “sabotaged” and harder to track, developing a kind of digital Rorschach test for the viewer. The aesthetics of the early internet—highly pixelated images and glitched movements—informed the colorful and varied composition. “I’m inspired by all kinds of abstract artists, from Gerhard Richter to whoever,” states Asendorf. “Maybe even a bit of the clean, cold German style. But everything comes from the screen for me, [going] back to the ‘90s when I was using my personal computer and running MS-DOS and C64 games.”

Across the gallery space is Rhea Meyers’ Tokens Equal Text (2019), a conceptual, text-based artwork that deploys tokens themselves as a medium for composition. The piece was created with Ethereum ERC-998 composable tokens, each of which owns a four child ERC-721 non-fungible token with their own short texts encoded as their identification numbers. In other words, each ERC-998 token is a composition made of those text fragments, which can be understood if the viewer recognizes them as aesthetic tropes of the 2000s Vaporwave movement. Born from the internet, Vaporwave’s visual language is rich with 1980s-style neon kitsch, and dedicated to mocking unbridled consumerism. Tokens Equal Text is, as Meyers puts it, “extremely onchain art” that “works through the anxieties of ownership using the un-ownable genre of Vaporwave.” Like the Net Art pioneers of the ‘90s and conceptual artists of the ‘70s, Meyers is keen to discover how we may refuse “​​the existing economic and reputational circulatory system of art.”

As the art world asks itself how its relationship to the current popularity of NFTs should progress, NfTNeTArt offers viewers a wide look at how emerging technology might disrupt—or replicate—the institutional status quo, and how the artist’s role within that shift adapts. The internet evolved in ways the net artists of the ‘90s couldn’t have predicted back then—so what might the next iteration be?