Mark Zuckerberg’s screenshots of himself in a low-poly virtual world are a visual clue to what Meta hopes their 3D environment will become: the bland base-layer of our digital lives 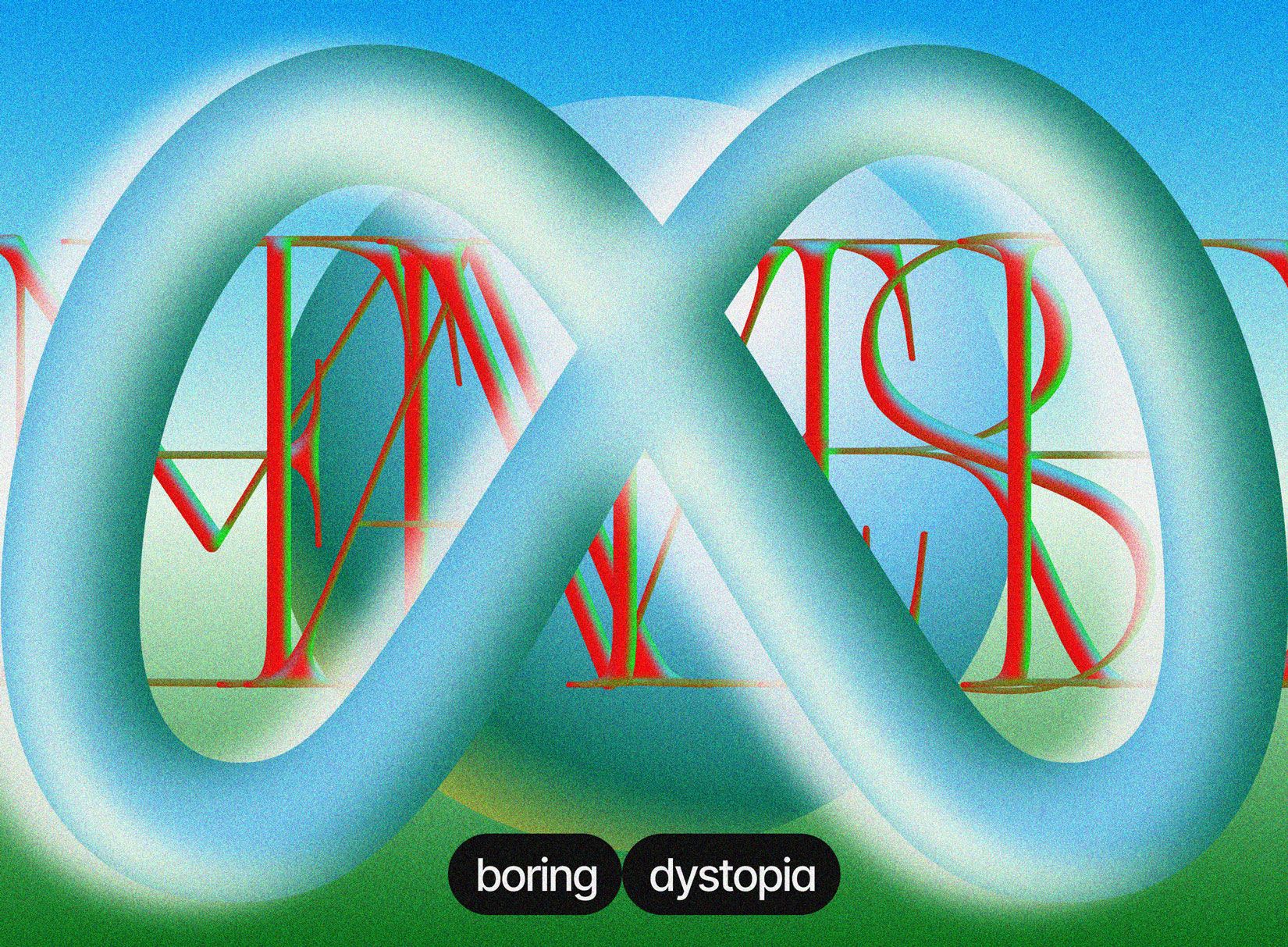 Invisibility is the best superpower. Invisibility is not about flashy heroics, it’s about concealing both actions and intentions. Invisibility is the preferred power of supervillains, and it’s the main power wielded by Facebook (now Meta) since its rise from Harvard dorm room to the digital connective tissue for 2.9 billion people. Meta’s invisibility comes from its knack for providing a platform for news, opinion, and self-expression without ever seeming to have a point of view of its own. There’s no shortage of critical takes about Meta out there, but it’s worth understanding how the company’s recent push into the metaverse is really an extension of its longstanding goal to become the invisible infrastructure of the internet, unnoticed and free of scrutiny.

The hope of all Meta properties is to be a conduit for engaging content (and ads), rather than the content itself. When this dynamic is reversed, the results can be both jarring and funny. For example, when Mark Zuckerberg posted an announcement that Horizon Worlds, Meta’s Oculus-powered VR metaverse, was expanding access to France and Spain, he included an image of his own low-poly avatar in front of an extremely basic environment featuring models of the Eiffel Tower and the Sagrada Família. The image instantly became a meme, with users on Twitter and other platforms mocking the graphics and wondering aloud how a company that changed its name to Meta and poured untold resources into becoming a “metaverse company” could produce something on par with Nintendo Wii and Second Life screenshots from a decade and a half ago. Responding to the criticism, Zuckerberg quickly posted a new image of a more sophisticated avatar, admitting that “the photo I posted earlier this week was pretty basic,” and touting the graphics capabilities of Horizon Worlds and Oculus headsets. But the virtual Zuckerberg with a slightly more dynamic head didn’t change what was revealed by the initial snafu: Meta wants its virtual world to be boring, ubiquitous, and invisible. The ultimate goal is not for Horizon Worlds to be a compelling game, it’s for Zuckerberg's version of the metaverse to blend in as infrastructure, to become the unnoticed foundation upon which all digital culture and commerce depends.

Mocking Zuckerberg’s screenshot drew all sorts of unflattering comparisons, including a Teletubbies game for Playstation One. The most revealing comparison, however, is that Zuck’s emotionless digital face looks like an emoji. Emoji is precisely the kind of visual language that Horizon Worlds is after. Emoji are ubiquitous and seem not to have a specific author or designer. Similarly, Zuckerberg wants his metaverse to be an authorless, seemingly inevitable visual language that is broadly adopted simply because it’s on hand. Emoji gradually became an extension of our alphabet and vocabulary, and the hope is that Horizon Worlds will function the same way, albeit much more quickly. The reason Zuckerberg’s smooth, emotionless digital face elicited rage and derision while emoji do not is that we acclimated to emoji organically. Zuckerberg’s post created the unnerving experience of being pressured into a visual and relational space that’s designed to be a default. An enormous corporation is inviting us into a virtual world that has all the charm of an operating system.

The clearest indicator that Meta wants to create an invisible and ubiquitous metaverse is the company changing its name from Facebook to Meta. “Genercide” is the term for when a brand name becomes the generic name for a type of product or service, like how Xerox eventually came to mean “photocopy,” Kleenex came to mean “facial tissue,” and Google became a verb that means “search.” Traditionally, genercide was seen as a bad thing, because it opens up the possibility that a trademark can no longer be defended as intellectual property. It can also be very good, as is the case with Google. By changing his company’s name to Meta, Zuckerberg is attempting to force a positive genericide. Instead of establishing a wildly successful product that becomes the ubiquitous name for a product category through popularity, Zuckerberg took the generic name for what he hopes to produce, a metaverse, and changed the company’s name to a shortened version, Meta. The name change is an attempt to deliberately confuse the metaverse as a concept with Meta as a company. The hope is that the vast user base won’t notice the distinction.

At first glance, it appears that adopting the name Meta and loudly declaring itself a “metaverse company” is a major departure from the firm’s past social networking goals. On the contrary, Zuckerberg’s metaverse turn is an extension of how the company has always operated. There was a moment early in the ascent of social media in general, and Facebook in particular, when these services evolved from novelty into infrastructure. Once news organizations, celebrities, and grandparents took to these platforms en masse, Facebook became like plumbing. This sounds boring, but it’s incredibly powerful. It meant that the delivery mechanism of information was no longer questioned. People paid attention to what was shared on social media platforms without seeing the design, moderation, and algorithmic decisions of the platforms themselves. The steady stream of stimulating content helped this infrastructure remain invisible. As the late critic Mark Fisher pointed out, the plumbing of social media may be boring, but the participants themselves are never allowed to be bored. This dominance of attention is breaking down now as Facebook user growth has faltered, and the content delivery methods of Meta properties, particularly Instagram, have recently come under greater scrutiny. The promise of the metaverse provides an opportunity for Meta to regain its preferred position: the unnoticed base layer for the flow of information and capital.

Meta’s metaverse strategy is a repeat of Facebook’s social media strategy, and it’s likely to fail in the same ways. Meta wants to build tools for universal and unquestioned human interaction on the internet, but hiding a point of view is not the same thing as not having one. Meta’s platforms are designed by people, and like everyone, they have their own values and biases that make their way into what they create. Accepting Facebook’s claims of neutrality has had devastating consequences in the past, from foreign interference in the 2016 US presidential election to the foment of genocide against Rohingya Muslims in Myanmar. Meta’s strategy to create an invisible metaverse infrastructure is doomed to fail, in part because neutrality in design and politics is impossible. The strategy is also doomed to fail because this approach has the effect of convincing Meta’s leadership of their own neutrality, thereby rendering them unable to see how their infrastructure can be misused. The image of Zuckerberg’s dopey avatar floating in front of the Eiffel Tower is so maddening because it’s a self-portrait of one of the world’s most powerful men fully in the throes of the Dunning-Kruger Effect; his biases and shortcomings blinding him to the failings of his own virtual empire. You can see it in his vacant cartoon eyes.