Jimmy Edgar's OBJECTZ is a Portal into the Metaphysical

In his latest 3,396-image collection, the producer, DJ, and artist is stretching the limits of what's possible with generative, 3D-rendered images, and honing in on their inherent, quantum energies 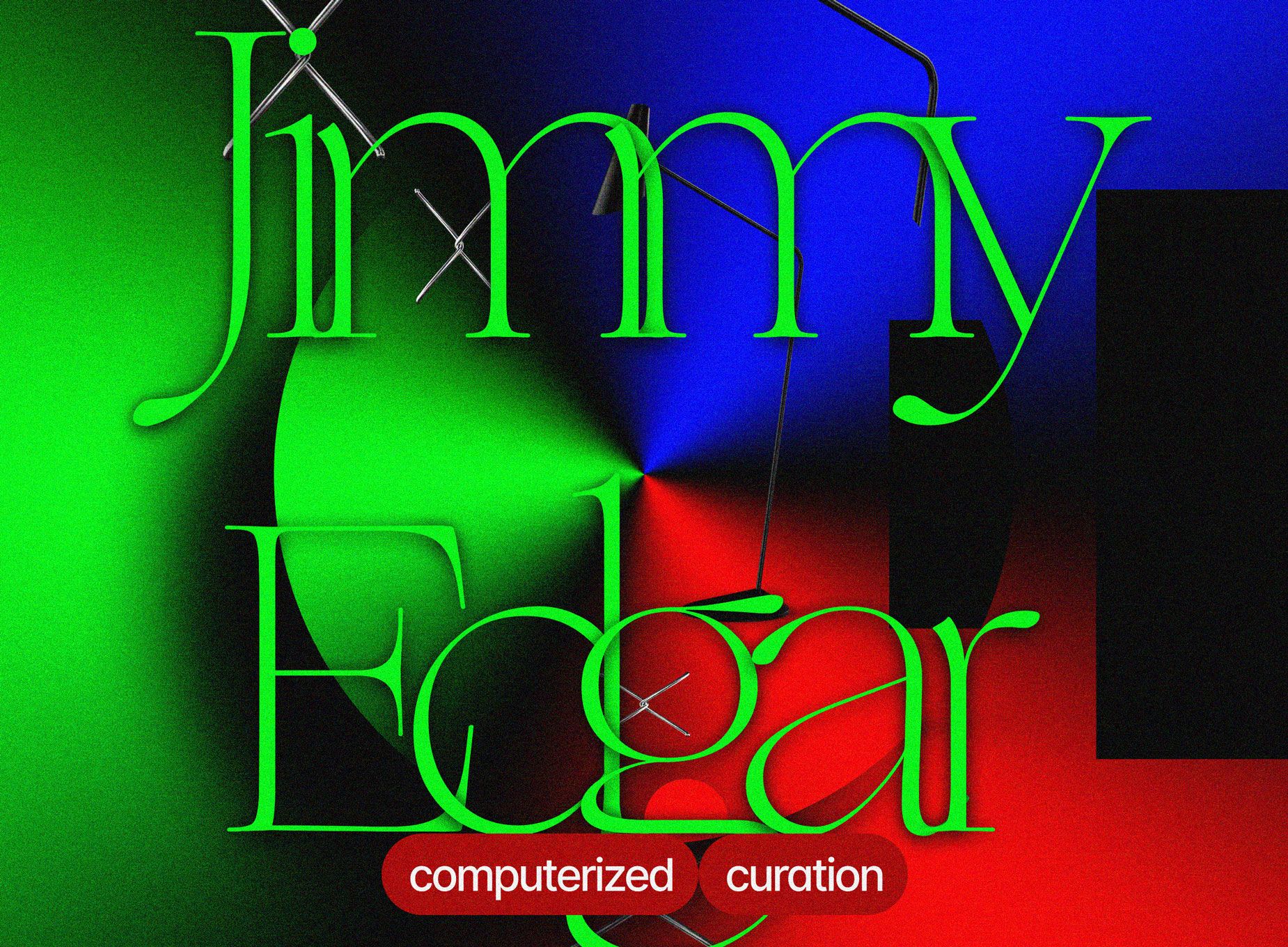 Few songs have elicited the sort of impact on house music that Larry Heard (producing under the alias Mr. Fingers) did in Chicago with the 1986 track, “Can You Feel It”: the rolling thunder of cheers and applause; the smooth chords from the Roland Juno-60 synthesizer; drum machines provided by the ubiquitous Roland TR-909; and the eponymous vocals which loop like a chant. By today’s standards, Heard’s production seems spartan. “I had two cassette decks,” he mused, in a 2017 article with Vice. “There were no digital recorders or even multi-track recorders—and I did one take, one pass on one tape, then ran it back to the other one, [and] played some parts by hand that I wanted to add.” While Reagan-era gear heads might argue otherwise, the production isn’t what defined the track; rather, the influence, sampling, and legend surrounding it had excavated new, cultural meaning.

Indeed, the “Can You Feel It” version most cherished today is itself a reworking—a rich example of the ways proto-house, proto-techno, and, generally, proto-electronic musicians derived and sourced sounds from disparate origins; and which also spawned new iterations thereafter. Heard’s original track was an instrumental on his 1986 EP, “Washing Machine”. It was only after Rhythm Control’s 1987 song “My House”, which featured vocal samples from Chuck Roberts that were then isolated and embedded into Heard’s instrumental, that the song assumed its signature feeling. This new remix also incorporated vocal samples from The Jackson’s “Can You Feel It”, which naturally complement Heard’s song. The vocal remix of “Can You Feel It” is now a touchstone in the cathedral of house, the same way the sounds of the Belleville Three—Juan Atkins, Derrick May, and Kevin Saunderson—ignited techno further east in Detroit. 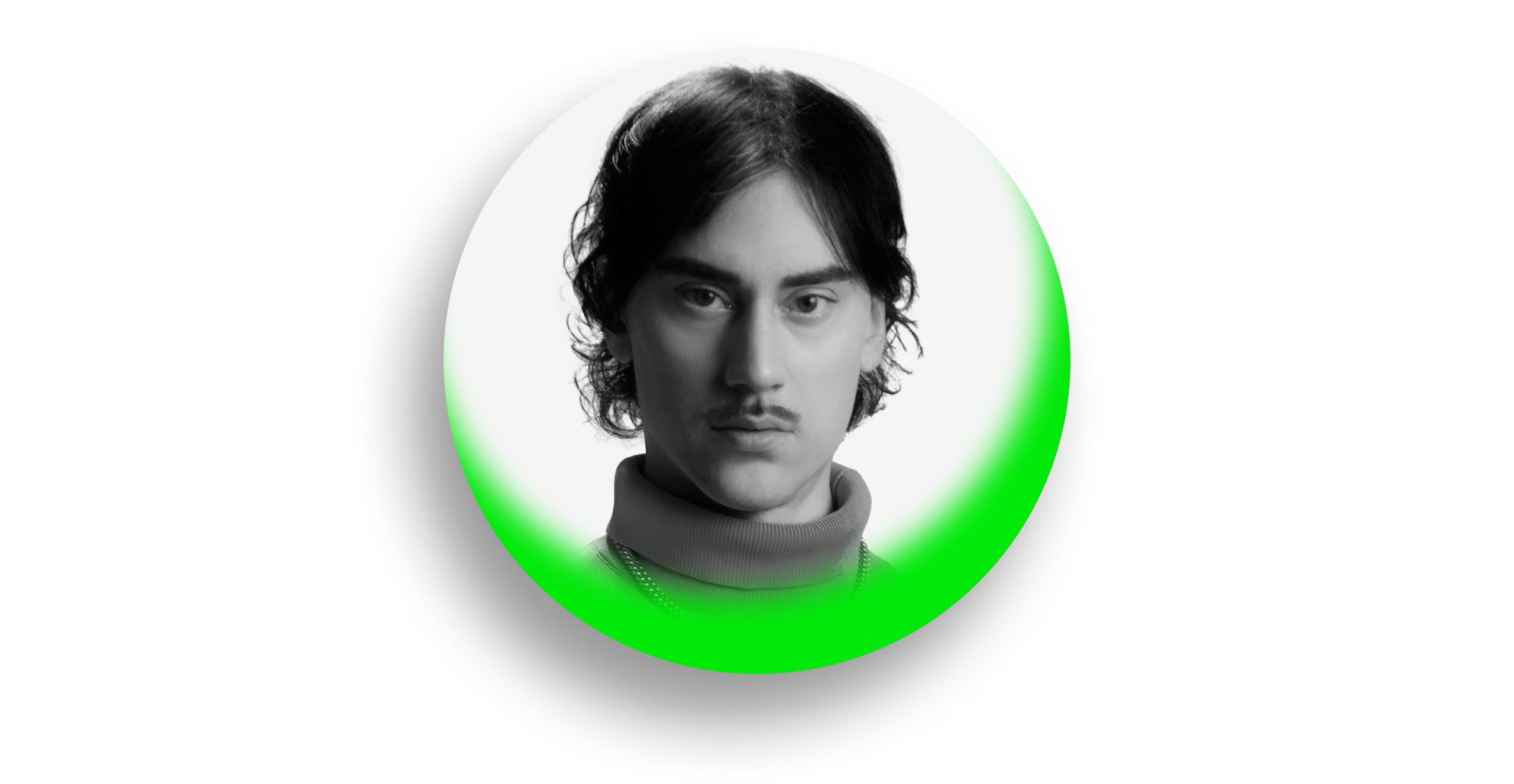 Be it music or conceptual art, generative projects and appropriating images/sounds are foundational to those expressions. One figure who recognizes this paradigm all too well is Jimmy Edgar, the Detroit-born DJ, producer, and artist, whose music—spanning R&B, hip hop, house & techno—and creative direction is a direct result of his years collaging, coding, and mutating. “I’m very interested in the ownership model for intangible and immaterial ideas,” he says over the phone, “and the generative process.” His voice is calm, but laden with the tone of someone on the precipice of something special. “That started with my love for Autechre and early, experimental electronic music; it’s evolving, there's mutations—a million different ways to do it. I use it quite a bit in my music.” Edgar’s musical output has witnessed a number of records and collaborations: “Color Strip” came out on Warp Records in 2006, when Edgar was only 18; 2010 saw the release of “XXX” from Berlin-based !K7; under his own Ultramajic Records, he released the solo “Majenta”; he’s also endeavored in projects like J-E-T-S with Machinedrum and collaborated with Vince Staples, Theophilus London, and Dawn Richard.

But it’s not Edgar’s discography—nor lengthy resume of headlining clubs like Berghain/Panorama Bar—that we’re in the business of discussing. He’s on the East Coast, a couple days away before minting goes live for his new NFT project, OBJECTZ. Prior to the interview, Edgar had sent a two-minute video outlining the project’s background and intent. The narrating voice—to be clear—was not AI, but the highly recognizable, popularly coined “Voice of God''. An intoxicating array of images and scenes from the project floats through the video. “OBJECTZ is a limited edition series of 3333 algorithmic programmed images,” the Voice states, continuing: “Sculptures, conceptual readymades, color/gradient harmony, and composition arrangement are the main aesthetics.” There are, to boot, an additional 33 unique 1/1 images, as well as 30 reserved images. From the onset, the generated pieces aren’t unlike a Joan Miró painting, juxtaposing vivid colors, shapes, and textures. But with more focus, the components in OBJECTZ are uniquely JIMMY, reminiscent of his work with Argentinian artist, Pilar Zeta. “She was there from the beginning of a lot of my visual art, and I with hers,” he shares. “That influence will always be there.” Edgar’s previous work in conceptual art manifests, too, in the form of OBSOLETE (the hermetically sealed, black-anodized Dyson vacuum cleaner) and UNREAL (the 1x1px magenta NFT).

Like many in the space, Edgar had been introduced to the blockchain around six years ago, fascinated by its theoretical frameworks but uncertain of its immateriality with regards to ownership. Helping him navigate the concepts was Hayden Dunham, the performance artist and singer, whose QT persona and single released on PC Music helped popularize the London-based label. “They're an incredible artist,” he says. “They were really looking into art on the blockchain and going to conferences—getting involved from a fine-art perspective.” At the time, Edgar was also making digital art and hoped to find a suitable channel, but felt that social media’s limited interface and erosion of attention spans would cheapen his work. “I knew there was a future where digital art was able to be shown in fine art institutions,” he reminisces, “it was just a really cool coincidence that it all played out super quickly last year. I just jumped in.”

Before OBJECTZ, Edgar first began experimenting with generative processes in his originating project, OPTIONZ. He states that it was inspired by what other PFP projects were doing at the time: having a bunch of layers, throwing it into a program, randomizing it, and seeing what comes out the other end. Instead of the popular avatar route, Edgar wanted to deploy his signature shapes and shades. “I loved the process of doing it, because it was like I was programming software to make something that was mine,” he recalls. “It felt like it was creating things that I would have never seen before, but using my same elements. I always loved how Damien Hirst and Jeff Koons were able to delegate their work to other artists. In this project, I'm able to delegate my work to a computer.” The potential scale, too, mesmerized Edgar. “The idea is simple as a concept: random layers of your work thrown into each other,” he states. “But couple that with aesthetically engineered elements, and you somehow open up this entire domain of possibilities. The hybridization of ideas and limited choosing, I think, really feels infinite.”

OPTIONZ differed in a number of ways, too. Unlike OBJECTZ, which generated titles and 3D-rendered images written with HTML and the p5.js JavaScript library (which Edgar notes is an extremely intensive process), OPTIONZ used SVG layers. “It wasn't totally onchain, but the files were small enough that it actually could have been.” Edgar also felt there was something lacking in OPTIONZ. “When you look at OPTIONZ, it has emotion but it's void of cultural references. In OBJECTZ, Jeff Koons' ‘Balloon Dog’ appears,'' he iterates. “There's tires and oil spills. I pick the objects—it’s definitely personal in that way.”

In total, OBJECTZ is an apt progression, introducing a larger catalog of imagery, heightening tangibility and smart contract functionality, and considering the ecological effects of the blockchain. The legions of images and motifs, Edgars assures, are deliberate. “I rendered about 100,000 images and determined that one of every 20 or 30 were really cool and worth putting into the collection,” he says. “I then spent weeks hand curating them.” Matt Lenz and Anthony Kolber—frequent ZORA collaborators—forged the smart contract. “They've been super helpful,” he says. “The smart contract was basically a means to choose the hand-curated images randomly.”

This philosophy of creating a mise-en-scene, and letting go of the reins for seemingly infinite interpretations, celebrates the aforementioned musical and conceptual lineages. “I love when people sample my music and steal my sounds to get inspired,” Edgar declares. “That’s part of what conceptual art is, and it relates a lot to my work appropriating images. That’s exactly what sampling does. Even techno music, too, has that kind of hip hop mentality where you can take anything you want and make it your own.” Like Heard’s production vis-à-vis the cultural significance, Edgar stresses an important distinction: “The artwork is really kind of secondary,” he clarifies. “This token is unique, and ideally, can't be changed. It's got that immutable function to it—that’s what's important.”

OBJECTZ also distinguishes itself by being carbon negative via MCO2 liquid credits. “It’s called Moss.Earth and it's an initiative that burns credits for reforesting the Amazon,” Edgar says. “I do understand the inefficiencies with some blockchain technologies, so I think it's important to offset my transactions on Ethereum. It's a win/win situation.”

Besides ecological effects, Edgar emphasizes the emotional, metaphysical properties to OBJECTZ. Good emotions and positive reinforcement, he states, informed much of the imagery and led him to choose certain titles, which of course were generated at random later on. “Essentially, what science has argued is that when someone is focusing on a random number generator, there’s a quantifiable effect,” Edgar volunteers. “With this project I was making the leap and seeing if I could have an effect on these random and generative iterations to make more pleasing artwork and images that people would appreciate.” The composition of each image mirrors the sophisticated programming with regard to geometric formations, even taking into account the golden ratio. “It’s still interesting that there is that random element when someone mints,” he continues, “because of my belief in metaphysics and my beliefs in time, those things work out.” Edgar pauses, allowing the thoughts to elucidate. “It all goes back to when you set an intention for something: If you have a really strong intention coupled with belief and good emotion, it creates this void for that to manifest.”