Known for emulating the grit and grime of the basement club in his "punkisnotdead" series, Karl Phenom now lures us into the serenity of his Ibiza-inspired virtual gardens 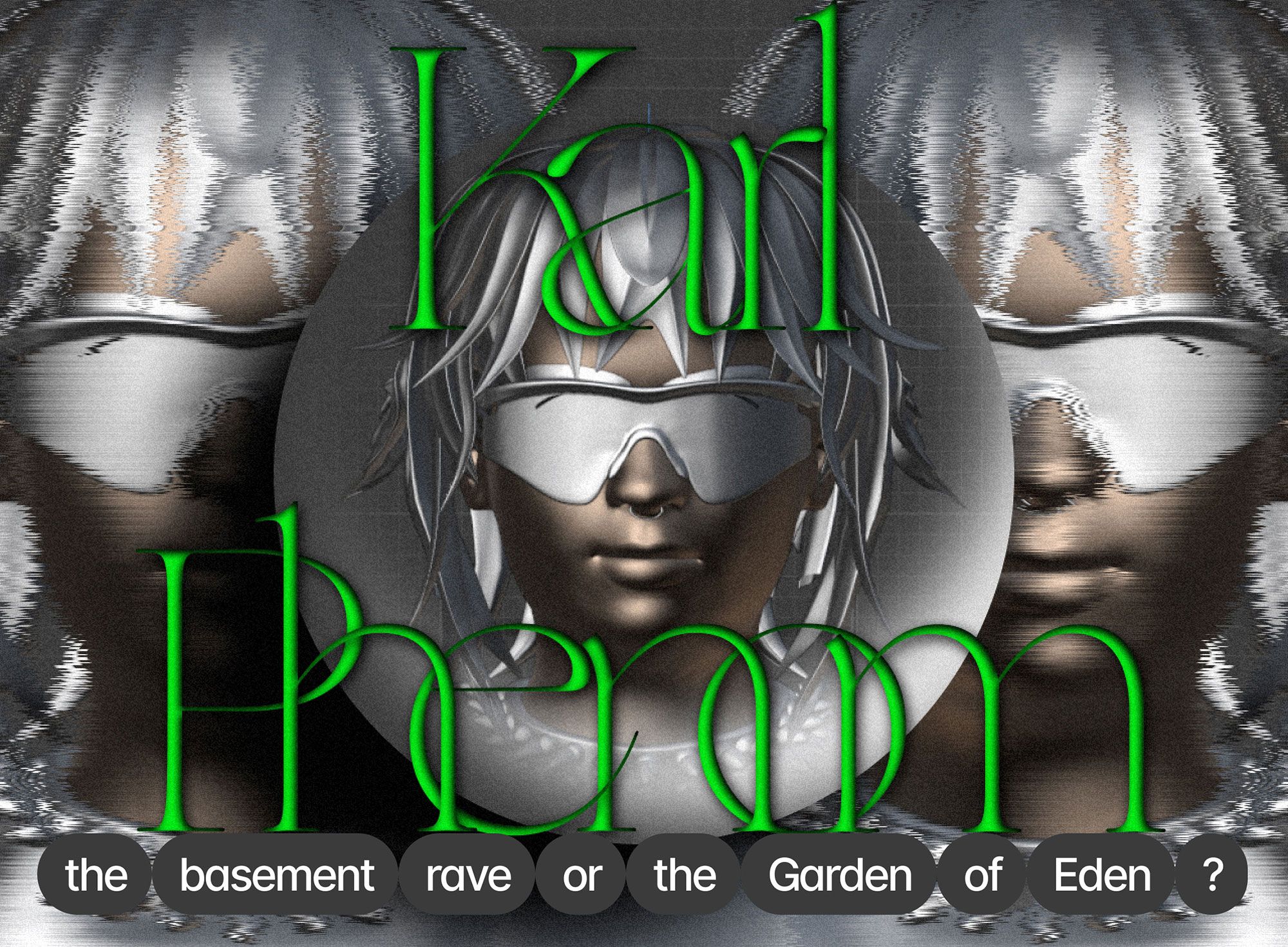 Liam Casey (ZORA): Share with us your journey into crypto and Web3 to start things out.

Karl Phenom: It happened about a year ago when some friends got me into a group chat with loldefi. He set up this group chat about crypto and general information about tokens and coins. I had already had Ethereum from early on. At one point, he mentioned NFTs and I didn't quite get it at that point—I'd been working on this virtual world game for about a year or two by the time I started experimenting with crypto.

It was when another friend of mine, Moyosore, [started] sharing her work from ZORA that I actually investigated more. I just dm'd ZORA and asked for an invite. The first piece I put on was this artwork—the idea was behind the project I'm working on with Team RELMS: creating environments that are essentially the metaverse. When I initiated the project, it was supposed to be virtual worlds that people could create, and then we would have our central virtual world focus on DJing and nightlife. I grew up in New York, moved to Paris, and then London. Now I live in Ibiza. Throughout that time, I've been mainly involved in nightlife and events, DJing and touring.

So when I was developing the RELMS world, the aim was to offer DJ-virtual parties worldwide in an artistically created virtual environment. The first piece I made would be the initial thought before it materialized. I put that piece on ZORA, and maybe an hour and a half later there was a bid from it.

LC: You said you first heard about ZORA through your friend, what was it that drew you to its protocol? What specifically excited you?

KP: What attracted me towards it at first was when I understood how there was proof of ownership on the blockchain. Then it connected, I was starting to understand why the art was able to have that value. At that point, when I saw the ZORA page, there was something about the layout and the rawness of it. When I was looking more at [ZORA’s] philosophy, that's when it made sense.

LC: Can you define your relationship with Team RELMS and the punkisnotdead project?

KP: Yeah. I originally created Team RELMS about two years ago; it was around the idea of making virtual parties and being able to DJ and have my friends DJ, so it's an actual event, there are cameras there and the cameras there are abroad streaming the event to the virtual guests. I was mainly working on designing the avatars. As I was designing the avatars, I started experimenting with other software and Unreal Engine. That's when I started developing a full platform for these events to take place.

A lot of the metaverse or virtual events or virtual environment projects that are being created, the background of the creators often has nothing to do with the culture. [So] the idea behind punkisnotdead is where Team RELMS is going culture first, then technology. A lot of projects are where it's people who come from tech and coding and being indoors all the time; we come from traveling, Japan, New York, Berlin—5am to eight hours in Berghain or something. It's completely immersed in travel and nightlife culture, and then the technology came into my life.

LC: Right. You see punkisnotdead as an extension of those real world experiences, as opposed to the tech firsthand.

KP: Yes. You see a lot of these projects where they have extensive tech background and then they go out hunting for the culture to be like it—so ‘Let's get Snoop Dogg and get whatever and just throw it in there'. Obviously the texture of their environments or the UIs that they're developing is coming from that lens. Our lens is coming from the actual gritty part of that world and then adding the technology layer to it. In the ‘80s when there was graffiti culture, people were using spray cans, and now it's 2021 and we're using laptops and Solidity Developers. So the background that you're coming from really reflects the texture of everything that you're creating and who it’s going to resonate with.

LC: Absolutely. In those environments that you develop, are you trying to directly emulate the real-life party? Or are you creating a hyper-realized version? What's your inspiration behind them?

KP: The inspiration comes from recreating the feeling; the look of the sticky floors of a rave environment, the bathrooms and the tiles with sweat, the laser lights and neon, the full texture and darkness of environments that we see glimpses of in cyberpunk films. There's certain things that—when you're creating a metaverse project—are subconscious like with painting.

For example, as someone who’s thrown events in the real world in London and Paris, you have options of venues; there's venues you just won't do it in because the lighting sucks or the sound sucks, what time it's going to be, and which DJ is going to play first, second, middle, and last. All of these elements are what we look at when we're developing an event for Team RELMS. That's where the concept of the punk side of it is, because it's still really attached to the real-world side of events.

LC: Has Team RELMS ever been approached by other promoters wanting to also have their party digitized? Do you prefer to keep it more localized to your crew, or would you ever want to create these worlds on a larger scale outside your direct network?

KP: We have been approached and we are working on specific events with other entities or people who would borrow that from us—that's what we're here for. If you think about how certain things—I think it was the Cyberpunk 2077 game—failed, where you have to consult with a project that has that true cultural background, we're open to that. We have the clothing brand attached to RELMS called Alive & More, and an event coming up with LN-CC, which is a clothing store out of London.

LC: Is Alive & More an offshoot of the RELMS project or do you see it as this separate, ongoing narrative with crypto, and whether people can buy the clothes using Ethereum? How do you envision a future of fashion and Web3 coexisting or adapting with each other?

KP: There will be the dimensions that will be for public sale in the RELMS project, and then there are the dimensions that are for the initial artists involved in Team RELMS, which serves, more or less, as the template for what’s possible. The clothing is definitely an extension—it serves as a template to guide people in understanding what a shopping experience can be, whether it’s physical products or their digital products.

LC: Does the ever-changing culture and landscape around NFTs overwhelm you, or does that bustle excite you?

KP: It’s important to stay focused on what you're doing and to not pay attention to the noise...If I were to pinpoint the thing that I notice most, it’s not only the changing ways where utility can be involved, but how early on I saw it as this JPEG or piece of media that [you’re] selling as art with the idea that the proof of ownership is secured to the blockchain.

Now with smart contracts getting smarter and more dynamic, this changes into this later on, or where you buy an empty unit, it turns into something else down the line, or you buy this and this unlocks something else—that’s probably the only part to me that isn’t overwhelming, but interesting to watch unfold, because you may have had the idea to do something and you didn't really fully grasp it being possible, and then you see it being done. 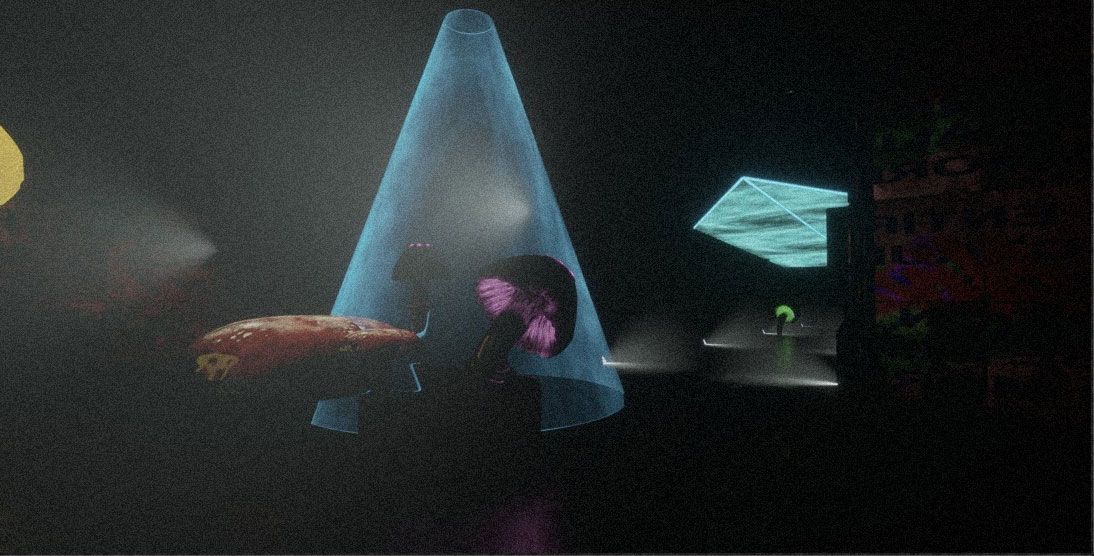 LC: Does geography play a role in the work you do or how artists or creators might create NFTs? You said you're from New York originally and you've lived in London and Paris. Despite working primarily in a digital world creating these metaverses separate from the physical world, does being in a place like Ibiza—an island isolated in many respects—and those geographical or social factors inform any of your work?

KP: Yeah. I'm glad you asked that, because the NFTs that I'm doing with ZORA are part of an exhibition of VR gardens that I created. They are a reflection of my environment. As you can see, I live in nature that's surrounding me. Prior to this, I was living in London back in December where there was a heavy lockdown. I was working on virtual worlds, metaverse technology, and then I was stepping outside into another computer system, which is like a city. For me, that was overwhelming, and moving to the island was a decision to be able to add a balance.

I am still working heavily with computers, but then it's a 10-minute walk to the beach, and that influences all of my work. It also helps me be a node, or window, to the people who are resonating with my work to actually appreciate nature as well—to be an extension, offering nature through art. I might not have leaves in my images, but in the colors, in the vibration of the art, the nature is in it. The relaxation gardens reflect Ibiza. So obviously if you're in a tech office creating gardens for some game, you're going to just get trees and do what you think a video game garden should be. Coming from that environment, it's having realness inside the metaverse.

LC: You have four additions of the garden, right?

KP: There are two gardens; one is a lightweight version (you can access via the web browser, so if you have Oculus, you can get it through the browser and you'd be fully immersed in VR), the other one is built on Unreal Engine. That one is heavier and you would either sidechain it to the Oculus or run it from your PC. The Unreal Engine version comes with a gaming tower as a physical novelty with the NFT.

LC: What music are you particularly feeling right now?