The Cypherpunk Case for NFTs 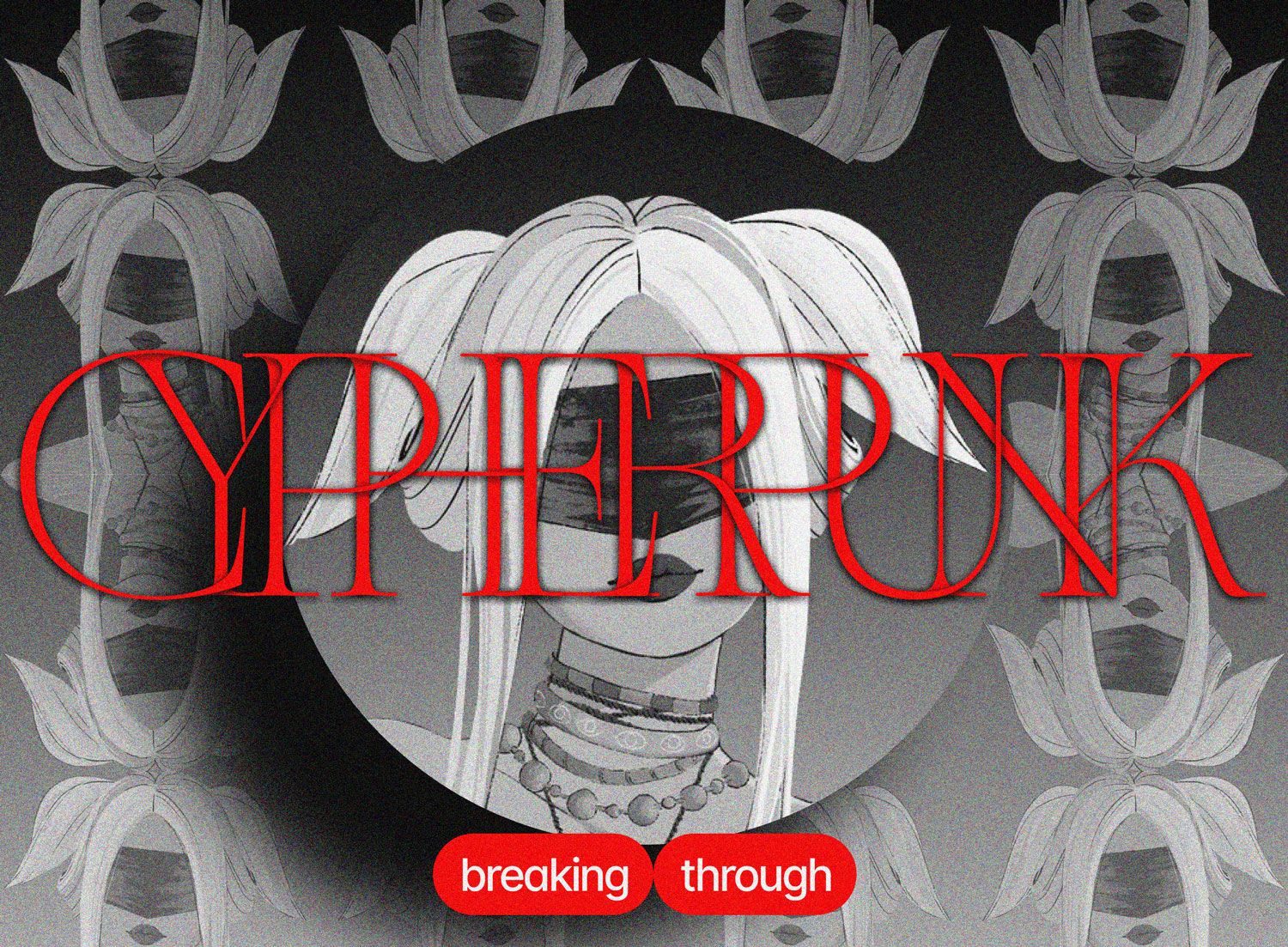 I identify as a cypherpunk, and digital art is my favorite weapon for social change. Especially now that Women’s History Month is in full swing, it’s pretty thrilling to ponder how NFT artists will be remembered by future generations.

If we define a “cypherpunk” as someone who advocates for privacy-enhancing technologies as a route to social and political change, especially by “building anonymous systems,” then using NFTs can definitely be seen as a cypherpunk approach to digital art.

The fact that NFT artists and collectors can choose to engage with the market anonymously, even if they don’t always prefer to do so, is an incredible boon for feminists and other marginalized creators. As Virginia Woolf put it: “I would venture to guess that Anon, who wrote so many poems without signing them, was often a woman.”

Throughout art history, there were women creators who chose either to remain anonymous or were forced into anonymity by men who failed to give them credit: legendary French sculptor Auguste Rodin didn’t credit his partner Camille Claudel, all but ensuring her obscurity to art historians today; even more shocking was when a gallery in Canada incorrectly attributed painter Caroline Louisa Daly’s work to male artists until 2017. In light of this troubling legacy, the way that NFT marketplaces allow both artists and collectors to choose their identities offers a more equitable power dynamic than traditional markets. People can choose where they want to fall on the anonymity spectrum, and blockchain data can help tie that identity of choice to the works themselves.

With regards to social and political change, money is, of course, highly political. Money relates to power, and, as such, increasing women’s wealth is itself a catalyst for political change. Ukraine DAO’s $6 million Ukraine flag, minted by a group led by Pussy Riot co-founder Nadya Tolokonnikova and Alona @cryptodrftng, is a prime example of feminists using an NFT for political activism beyond the realm of art. With regards to art, some of the most expensive NFTs ever sold include Paris Hilton’s Iconic Crypto Queen and portraits from Yam Karkai’s World of Women collection. More recently, five anonymous women created the Crypto Coven NFT collection, with nearly 10,000 portraits that can often sell for more than $20,000 each.

All of these projects included a mixture of known and anonymous buyers, highlighting the way that a spectrum of anonymity promotes social change through the marketplace. In the traditional art world, women are estimated to earn $0.81 for every dollar a male artist might earn. And yet the NFT world is flipping that idea on its head by creating ways for women to market their work independently and transact directly, peer-to-peer, from anywhere in the world with internet access.

None of this is to suggest that NFTs magically erase structural sexism. Women are still estimated to own just 38% of the world’s capital wealth, despite making up nearly 50% of the world’s population. This means men are still statistically more likely to have expendable resources for making and buying NFTs. However, NFTs still represent a positive step towards a more equitable, cypherpunk art market because women participate with different (sometimes lower) barriers to entry than galleries and museums.

Traditionally, women were more likely to be featured in a gallery or museum as a nameless muse, a beautiful subject of male artists’ gaze, than as a creator or art collector herself. This is, in part, why there’s been an explosion of feminine NFT portrait series over the past two years, both self-portraits and thematic portraits like Boss Beauties and 8SIAN NFTs.

Many of these artists are boldly experimenting with the female gaze or with fictional archetypes in order to subvert the expectations associated with feminine portraits. And buyers' responses across global marketplaces have been overwhelmingly enthusiastic. Buyers of all genders and degrees of anonymity are flocking to purchase digital assets from these women-led NFT collections. This trend transcends genres, from visual art, by artists like Faith Love, to music, with singers like Iman Europe.

Considering black women’s pay gap often falls even further behind than white women’s, especially in the music industry, NFTs are undoubtedly a prime use case for deploying privacy-enhancing technologies as a route to sociopolitical change. Black women also face more online harassment and are therefore more likely to benefit from participating in online spaces with an anonymity spectrum.

In conclusion, art history books will cover the rise of NFTs as a pivotal shift in the evolution of digital art. Many NFT fans will argue that exclusivity or scarcity or liquidity were the most innovative aspects—yet they’ll be wrong. Paintings and private concerts were already quite scarce and exclusive, at least in some circles. Liquidity is almost correct, because the ability to upload and sell NFTs to anyone around the world with an internet connection vastly improves the asset’s utility. However, liquidity alone is not what makes NFTs so revolutionary: It’s the accessible cypherpunk network itself that includes a broader spectrum of self-sovereign participants; the humans that make up this art movement are what make it so powerful.

These days, self-taught artists from Venezuela to South Africa can make a living by selling NFTs to buyers from Silicon Valley to Wall Street, all with complete control over their funds and public personas. That fundamentally alters power dynamics across art markets. In the case of smart contract-enabled platforms, it also raises the question of what it means to “write code.” Surely cypherpunks do write code using tools that allow them to speak to the computer in a variety of simplified steps that weren’t available thirty years ago. This means that when “cypherpunks write code,” as the Cypherpunk Manifesto infamously dictated, they may now do so by creating a hidden feature in an NFT song, for example.

The cypherpunk movement has grown and evolved to include software engineers and also artists, musicians, media collectors, poets, virtual gallery curators, and a wider spectrum of computer users. This is incredible news for fans of feminist modern art, who are more likely to be targeted by threatening mobs and censorship-trigger-happy governments. NFT artists can now choose with whom to transact and what information to reveal about themselves. Buyers can, likewise, choose where they fall on the anonymity spectrum in more convenient ways than before. Buyers and collectors can now easily transact directly, despite institutional sexism and political censorship, in a variety of completely remote contexts. That, my friends, is as cypherpunk as can be. And it’s not slowing down any time soon. The NFT art revolution is only beginning. 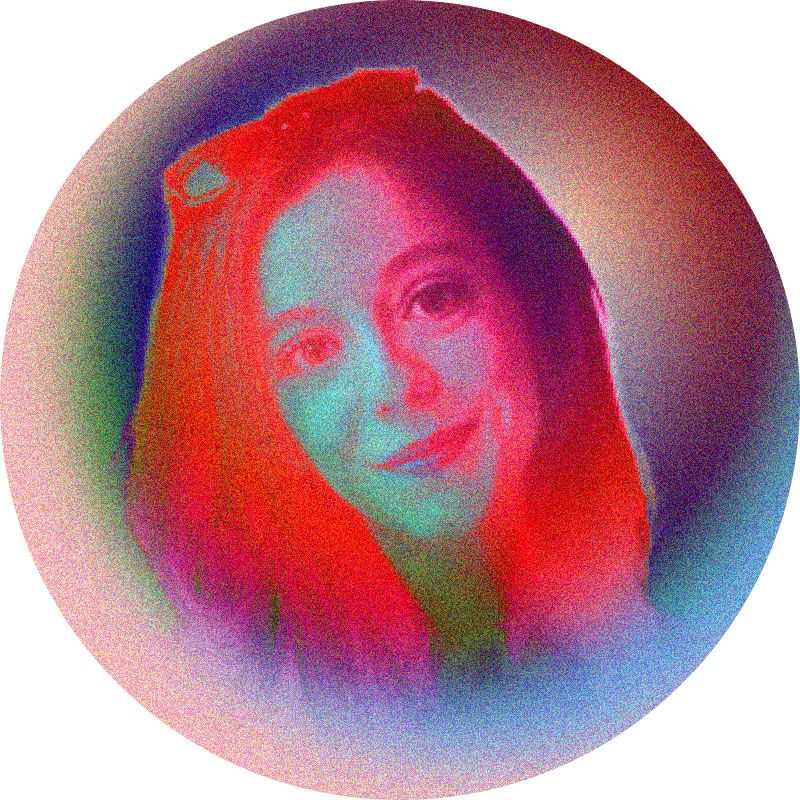