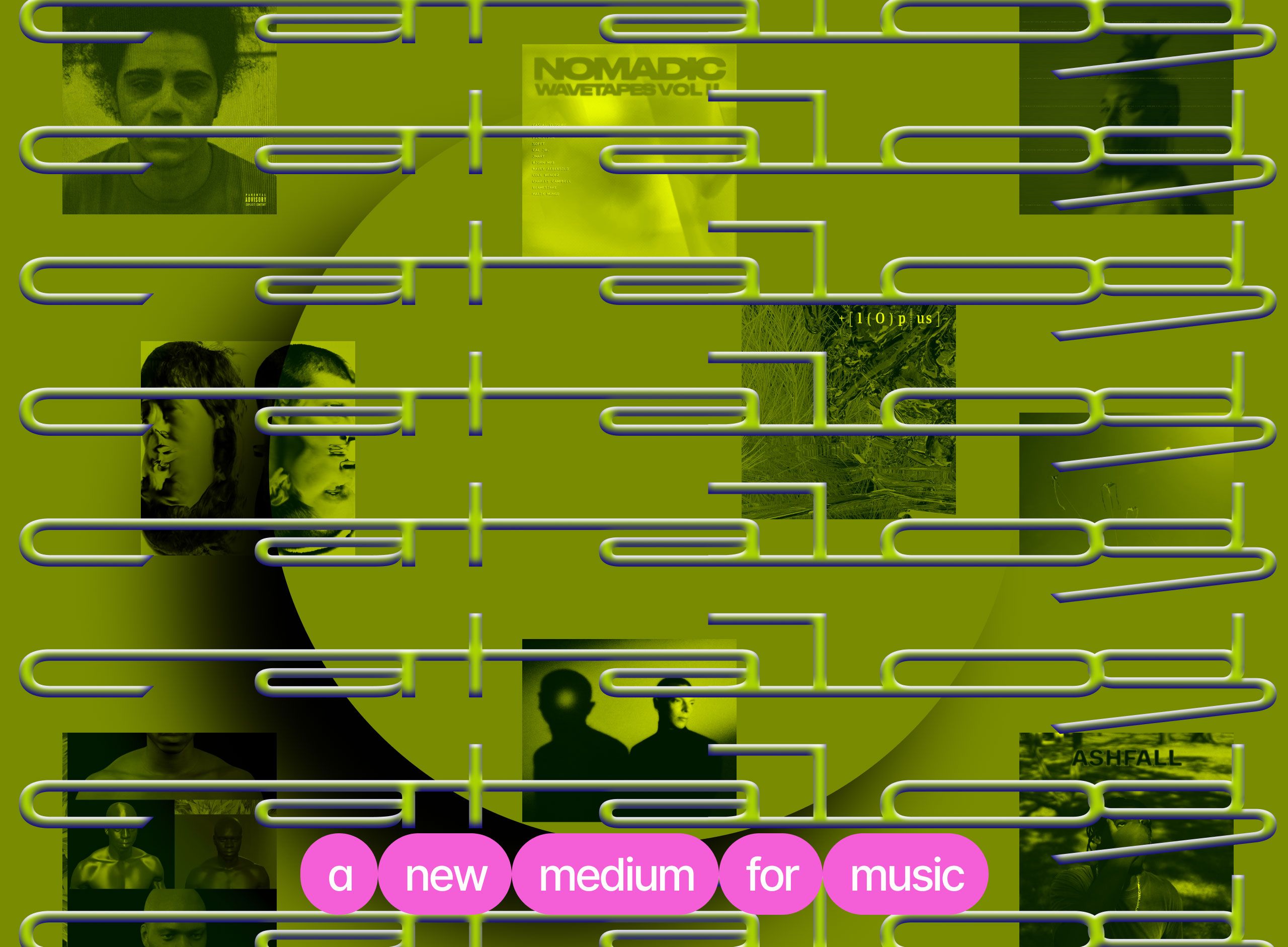 Under the moniker Vérité, singer-songwriter Kelsey Byrne has racked up several hundred thousand plays on Spotify and landed gigs at festivals like Lollapalooza and Firefly. And yet, despite this success, she was completely sincere this past spring when she tweeted: “The music industry is a wild and illogical place that ultimately makes you want to do everything yourself.”

Vérité has made at least one move against that wild illogicality, by offering a recording of her single, “By Now” as a 1/1 NFT on Catalog. The buyer, a fan of Vérité’s work, may have discovered her through traditional means, but the artist is clear that this project is a break from tradition.

“There’s a desire to put NFTs in a box and define them in traditional terms within the music industry,” she explains. “I think that we need to embrace innovation and not tie them back to the antiquated music industry of the past but use them to pave a much better future for artists and their fans.”

This is exactly the kind of mindset Catalog founders Jeremy Stern and Michael Mckain advise when approaching their platform, encouraging creators to think beyond the terms of the traditional creative economy and explore the opportunities of what’s possible.

“It's not like collecting rare items from artists is a new thing,” says Stern. “It's just enabled in a context that gives it a lot more power and composability and programmability than you can have with a physical item.” 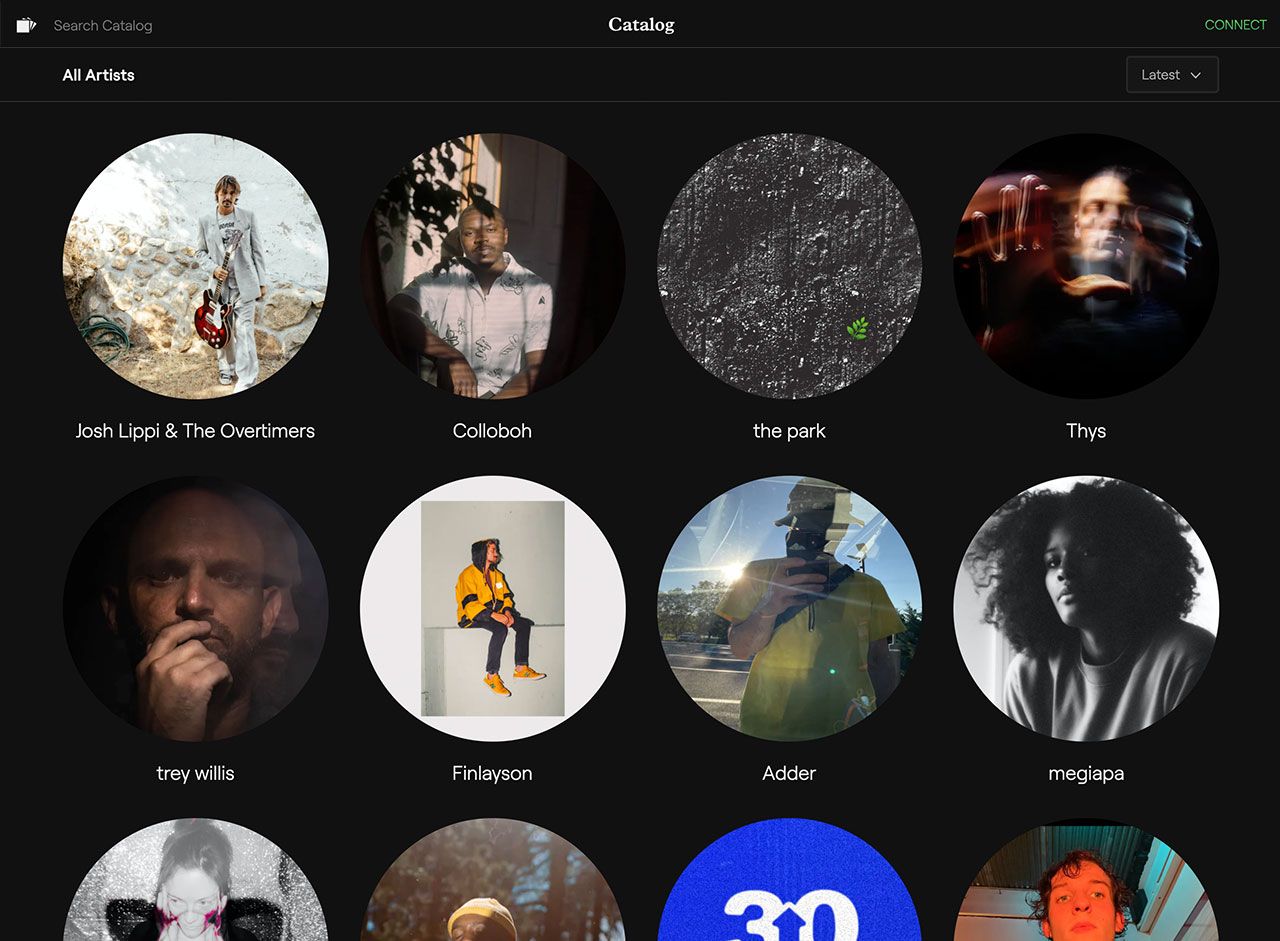 Through Catalog, Stern envisions NFTs as more than just a certificate of ownership but a key that unlocks access to anything from merch or VIP event access to unique opportunities with a given artist. Vérité chose to offer a future collaboration to the person who purchased her song, something she says is currently in the works. “I’m giving the owner an option to redeem additional recordings where they can set the tone of the arrangement, decide if and how the track gets released, and determine the scope of the arrangement based,” she says.

“We see a future for Catalog as this menu of options for revenue and distribution,” says Mckain. “When you're pressing your record, you might just want to press a record with the standard metadata or you might want to crowdfund an album and distribute some of the royalties of that album back to the supporters who originally supported the work.”

Still, both Stern and Mckain are adamant that Catalog is not an alternate finance structure for an inequitable music industry — or worse — “a platform to treat music like stocks.” While revenue sharing is a priority, as is developing and maintaining the technology to accommodate provably original, digitally scarce pieces of work, the apex of Catalog’s mission is being an artist-focused platform that is both sustainable and community-oriented.

Community is what attracted techno icon Richie Hawtin to Catalog. “It made me feel welcome,” he says. “It made me feel that I really want to participate in that space, adding value into what I think is an incredibly developing ecosystem.”

"
It made me feel that I really want to participate in that space, adding value into what I think is an incredibly developing ecosystem.
"

"
It made me feel that I really want to participate in that space, adding value into what I think is an incredibly developing ecosystem.
"

For his NFT offering, Hawtin wanted to emphasize collectibility, ensuring that the buyer would get something that wasn’t just exclusive but valuable. That led to creating an audio/visual project bespoke for the platform. “The way we release it was as important as the music that was on it,” he explains.

Hawtin also wanted his work to fit into the Catalog experience, which he describes as a “visually compelling and beautiful place to browse music.” Still, the platform’s aesthetic is intended to connote quality, not elitism.

“A lot of the headlines around this are like ‘JPEG sells for $45 million,’ which grabs a lot of eyes,” says Stern, alluding to some of the medium’s record-setting outliers.

“Generally, speculative finance has probably an outsized influence on the space right now,” Mckain concedes. “We see a future of $5 and $10 NFTs more than thousand dollar sales. There’s also the fractionalization of canonical records. You have a 1/1 that the artist presses, but you could split it up into 10,000 different pieces for fans that don't necessarily have the means to participate at $1,500 record auctions.”

That range of access is important to trap artist Haleek Maul. He sold his most recent NFT, “Creation Story,” as a fundraiser for Holdersland, an education and research-oriented venture in Barbados he co-founded with Rajad Fenty (Rihanna’s brother). The release followed Maul’s track “Ashfall,” made in response to the ongoing effects of volcanic ash on Barbados, where Maul grew up, from the eruption of the La Soufrière volcano on the nearby island of St. Vincent in late 2020. Though Maul says he might eventually release “Ashfall” on streaming services, it’s currently a Catalog exclusive. That choice is out of respect for the track’s purchasers, but also reflects his current point of view.

“I have a greater interest in NFTs,” Maul admits. “I see it as a way I can make more formless music that doesn’t cater to Spotify streams or people-pleasing. If someone likes it, they’ll buy it. And monetarily, morally that just feels so much better.” 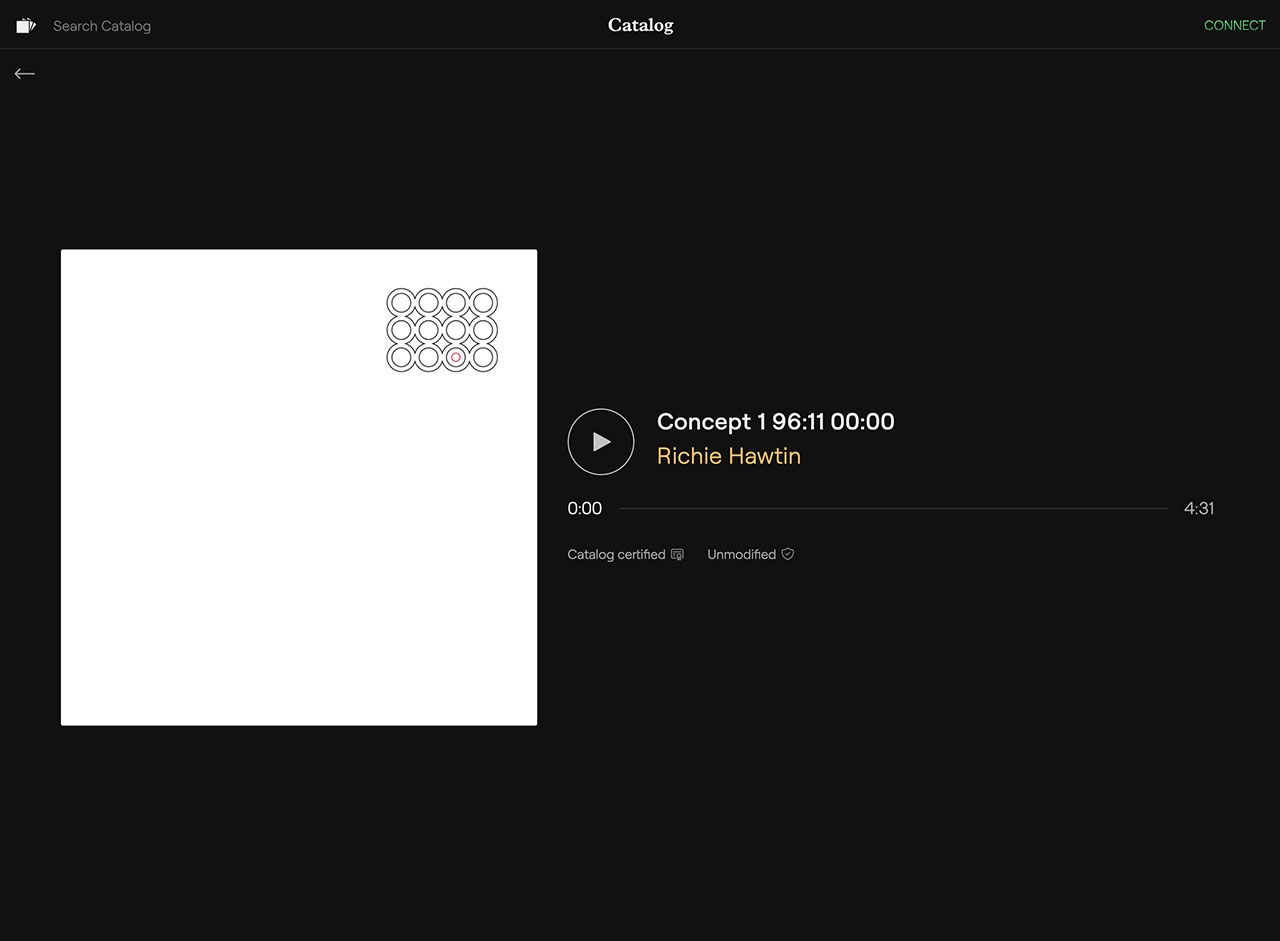 “You can think of an entity, almost like the original painting of a piece of digital art. In the physical art world, a work like the Mona Lisa in the Louvre in Paris, is worth hundreds of millions of dollars, but there are prints of it everywhere,” he explains, pointing out how those replicas contribute to the value of the original.

“With digital art and specifically music, the master file is sitting on an engineer's computer and it’s more or less the same as the one sitting on Spotify servers and on YouTube servers. NFTs allow artists to stamp that digital original into the blockchain and into use, to imbue their work into the fabric of the internet itself, allowing someone to own that digital original.”

Moreover, while the economics of streaming music is hard to defend (Stern points out that Catalog’s $147,000 sales in its first 24 hours equal roughly 17 million streams on Spotify — far more than what even a Justin Bieber track racks up in a given week), the community aspect is perhaps Catalog’s greatest strength. “The philosophy and what's going on under the hood are a lot more powerful than just paying $1 for an mp3 of a song,” says Stern.

Hawtin likens it to the early days of techno. “A lot of the players were somehow nomads or geeks or just people who didn't feel part of normal life and we found each other on the dance floor,” he recalls. “It really created a beautiful fabric that came together and wove something that none of us were expecting. That really feels like what's happening in this NFT space. ”

On Catalog, it seems the unexpected is yet to come.