Felt Zine on DAOs, ZORA, and Creating Together

A case study of DAOs, IRL and URL 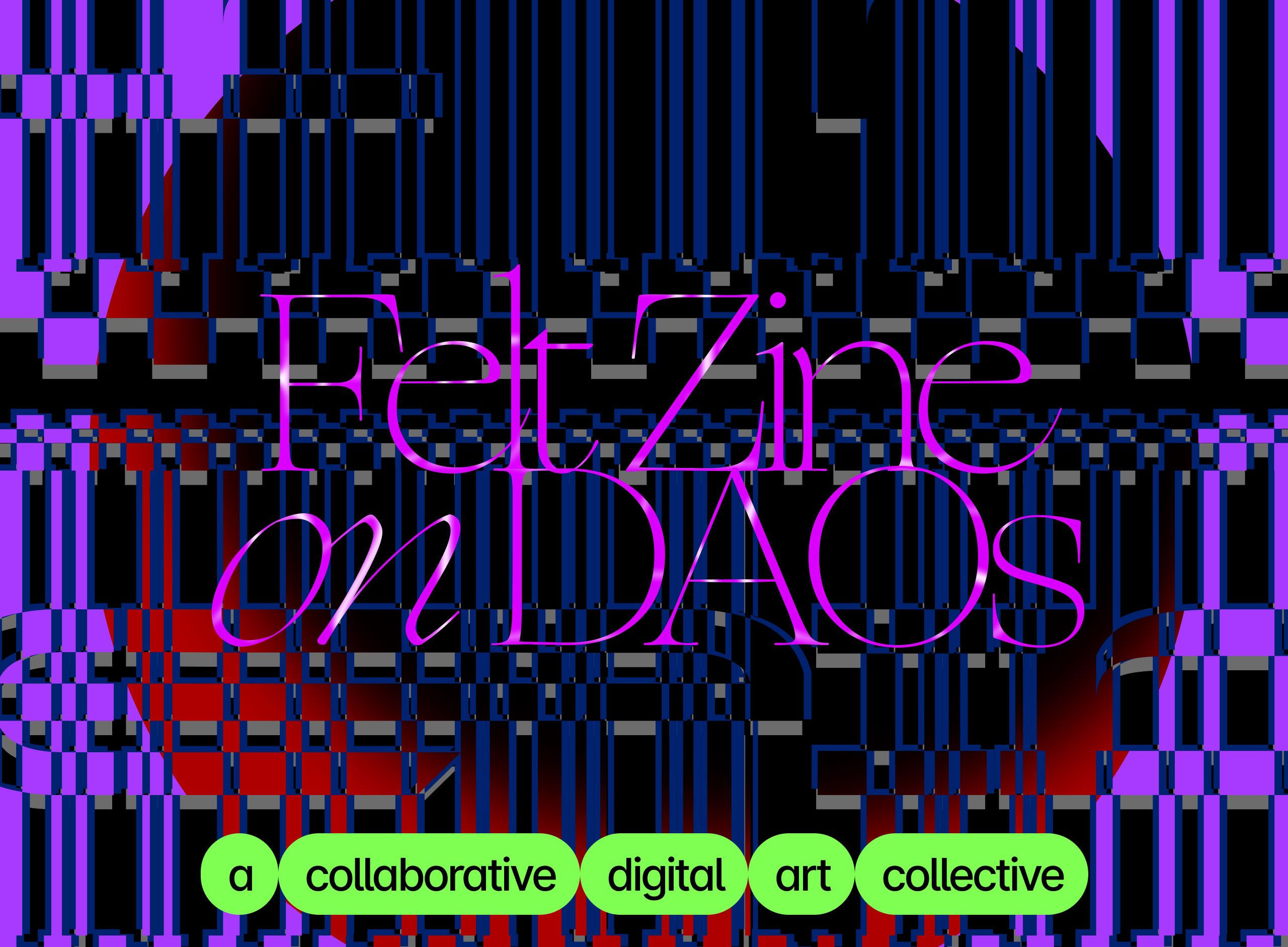 A DAO, or a Decentralized Autonomous Organization, is a group of people collaborating by investing resources into a shared goal on a blockchain. Alternatively put, DAOs are a crypto cooperative-style means of organizing. These organizations, which exist in various sizes, are heralded for their transparency. Every monetary transaction that takes place is available to be viewed by all members, with rules that the organization functions under consistently clear to all. Due to DAOs​' ​decentralized nature, they err away from being hierarchical and thus avoid the pitfalls that centralized governing organizations commonly induce, such as the disempowerment of its members at the end of their constructed food chain. Due to a DAOs member’s ability to maintain anonymity, confidence to support more experimental goals is developed.

Though not restricted in their uses and shared goals, DAOs have been especially appealing to various artists and creators, who through their DAO's have developed collective funds, attaining the means to support themselves financially and holistically. Such collectives have supported the funding of artworks, the development of creative's practices, and the building of community through the creation and maintenance of new curatorial, gallery, and exhibition models. Considering centralized modes of organization that dominate traditional art markets (think principle-agents of a marketplace platform, who take a cut of its artist’s income and obscure the nature of the algorithm through which artists gain exposure), many creatives draw to DAOs transparent and self-governing model is explicable.

A case study of DAOs comes from the artist platform and collective Felt Zine. Providing both physical and online (what they call “IRL and URL”) experiences, the collective aims to interact with the boundaries of “digital activism, hip hop culture, race, gender, and class." Starting in 2011 between a few artists, the collective has expanded to an international scale. Felt Zine frequently incorporates new methods through which they share their work, including their print zine of digital art, exhibitions, interactive pop-up events, NFTs​, ​and crypto art.

I had a discussion with Felt Zine’s Mark Sabb, Devon Moore, and Jawn Billetes to get a sense of what the collective is about and the possibilities this community provides​​ for artists of the present and future. 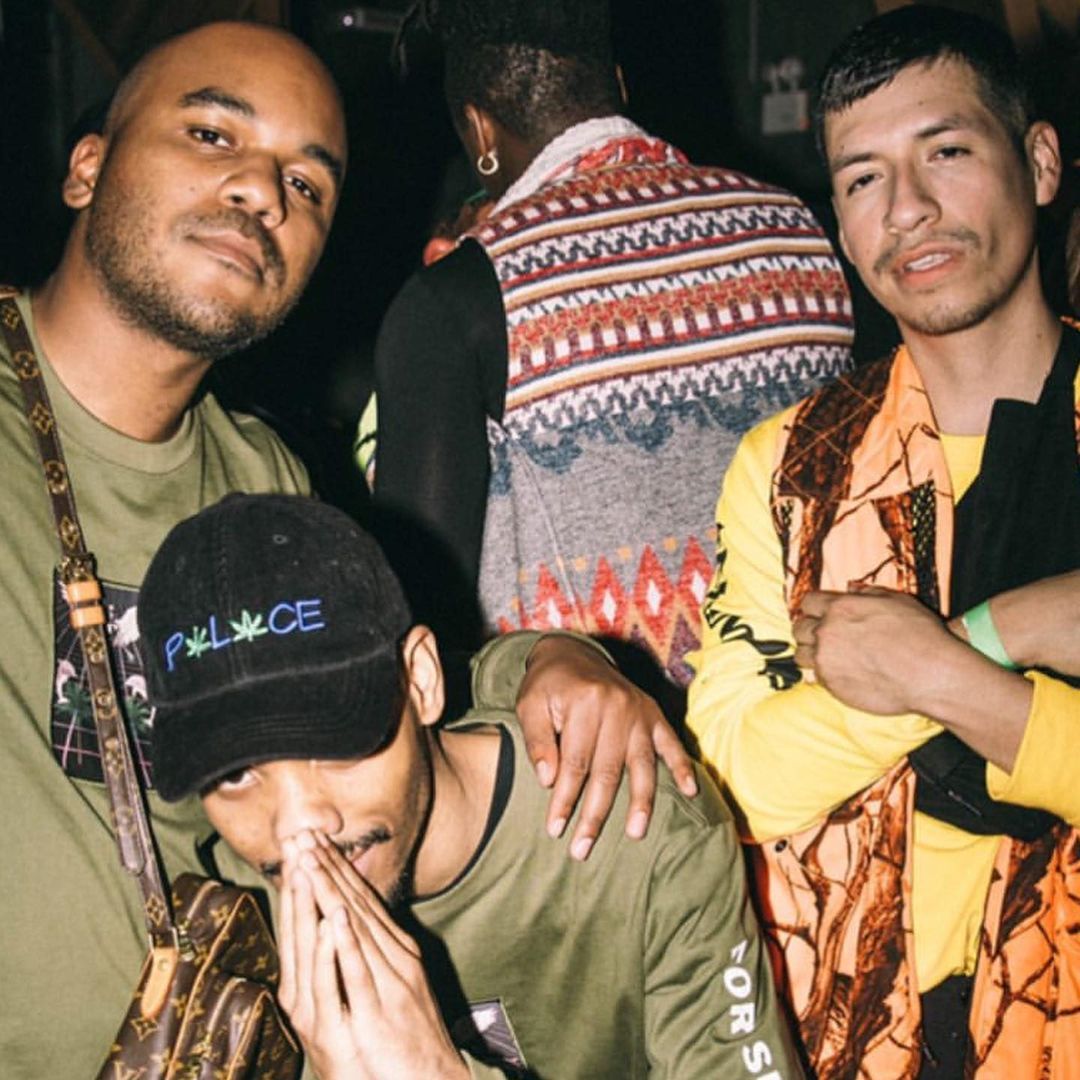 What Felt Zine is

“We all have our own specific talents that Felt together in a really interesting and vibrant way,” says Devon. It’s easy to define Felt Zine as a collaborative digital art collective. But due to endless combinations of members involved in any one project, the methods in which artists publish works, whether through print, virtual reality, or NFTs, one single definition doesn't define what they do. From casual followers of the collective on social media to artists, collaborators, and supporters connected through Discord, Felt Zine appears to harbor a serendipitous ecosystem of creative beginnings.

“ZORA is really special,” says Mark, speaking fondly of Felt Zine’s Curated Collections featuring Michael Green, Flufflord, and Wifi Retina powered by ZORA. “They are very transparent about all the tools that they create. Even the fact that they’re not taking percentages from sales is a bigger deal than people are highlighting or talking about.” Platforms like ZORA have made the way they function visible and emulate-able, encouraging others to create in similar equitable ways and divert from business models that dominate artistic spaces; “this is what people imagined the internet would be like.”

On Web 2.0 and Commodification

“When you lead with openness, collaboration, and transparency and don’t live up to that, it’s devastating,” says Mark. The past 10-20 years have been characterized by the pitfalls of Web 2.0 and social media platforms. The promised creator economies resulted in the prevalence of Big Business advertising and the gamification of free labor under the guise of interactivity, though people are hopeful that the future can provide better. Mark continues on brand involvement in NFT spaces: “People are less interested with what big brands are going to do with NFT’s and more interested in what non-profits and projects they care about are going to do with them.”

Jawn says, “I don’t think crypto is this utopia that people make it out to be, I think the hierarchical structures that exist, people find ways to recreate these. What’s interesting with DAOs is that they provide ways to restructure hierarchy. You begin to have these cellular structures of community, these could be subcultures within subcultures, that make up this bigger body. And I don’t think we’ve seen one percent of what that looks like and the consequences of that.”

Mark adds, “I do think so, but you constantly have to work at that — it’s really hard to build trust. Transparency is important but in order to create things that help people, you have to be really focused on maintaining it. That’s why I think DAOs are powerful. You’re entering into a space where the fallacies of humans like their power trips can't tamper with things."

On the traditional Art World

“We definitely learned a lot from the traditional art world,” says Mark, who also works at the Museum of the African Diaspora in San Francisco. Mark notes the benefits of taking aspects of traditional art institutions that champion art (such as (re) contextualizing and producing dialogues around artworks) and bringing them into the NFT space. “The things that we feel are positive we try to bring into this space but the things that we feel are negative we just ignore completely,” he continues. What ZORA, Felt Zine, and many DAOs provide that traditional art spaces historically have not is accessibility: smoother access to entry for artists into a global art market. I ask Devon about his survey celebrating black (crypto) artists, which mentions the likes of Blacksneakers, Sirsu, and Ix Shells. Other than these trailblazing figures in the NFT space from the African Diaspora, Devon talked about the ways many artists have found success in the global art market, and the increased opportunity people possess to “have their art seen and collected.” Devon says, “Overall, at least for now, this is a really great space and opportunity for artists to commune, talk about their work together and have a model that works for them and can go on for a long time without facing the typical ills of art collecting.”

On Crypto Empowerment and Accessibility

“If you're paying attention to what you want to do, [your medium] can work as a tool to empower you, you can focus and find joy from the progress that you make whilst achieving your own goals. That’s what's interesting about it, as much as all these things are new, we’re still people and these are still systems that we’re creating," says Mark. The sentiment I take away from such discussion is that crypto spaces exacerbate the patterns and rules that we perpetuate offchain. Jawn, when discussing Felt Zine’s entrance into the NFT space, expresses that “it felt really fluid and natural!” But Jawn also says that awareness of DAOs and the NFT space at large, though it is permeating the mainstream, still appears intimidatingly experimental and avant-garde to most.

Devon and Jawn speak of accessibility barriers, such as barriers to digital artmaking, the crypto knowledge gap that needs to be filled to enter NFT spaces and the monetary access to minting: “These could be barriers of entry for people to catalog... everybody should be afforded the opportunity to catalog their stuff and receive an education as to why it's important,” says Jawn. Devon notes that initiatives such as the Mint Fund affiliated with ZORA contribute to closing such gaps.

Jawn compares the cataloging of information on blockchains to music sampling: “maybe 50 years from now an artist who loves archiving and digging goes back.” He highlights that work being done now with protocols such as ZORA and various DAOs, though intentionally nebulous in premise, might stand as highly relevant sources of inspiration, inducing greater innovation and creator empowerment years down the line.

“I love working and talking with other people at Felt as it really serves as a foundation to learn new things,” says Jawn. The three with appreciation chat about engaging with others and building on your knowledge. “Jawn, with a really strong background in blockchain technology, was a core part of our new current history, as he could see that intersection [between digital art and crypto]. That foresight is really essential to what we’re doing now,” says Devon.

"Don’t be afraid to ask questions! I constantly have to ask about things," says an enthusiastic Mark. Though they are all evidently knowledgeable in the fields of NFTs, crypto, and the navigation of DAOs, Mark stresses the need to consistently seek info on any and every question he has. Discord is a big one for them, “anyone who’s not on discord groups should really get on them.”

Mark, Devon, and Jawn also cite Twitter as a place where current and previous Felt Zine affiliated artists and collaborators express and sustain mutual support for each other beyond the duration of any given project. “It’s just an ecosystem of people who are sharing a bunch of vital information and updates, you learn as you go,” says Devon. Devon adds, “In my opinion, the crypto Twitter community brought back my love for Twitter." 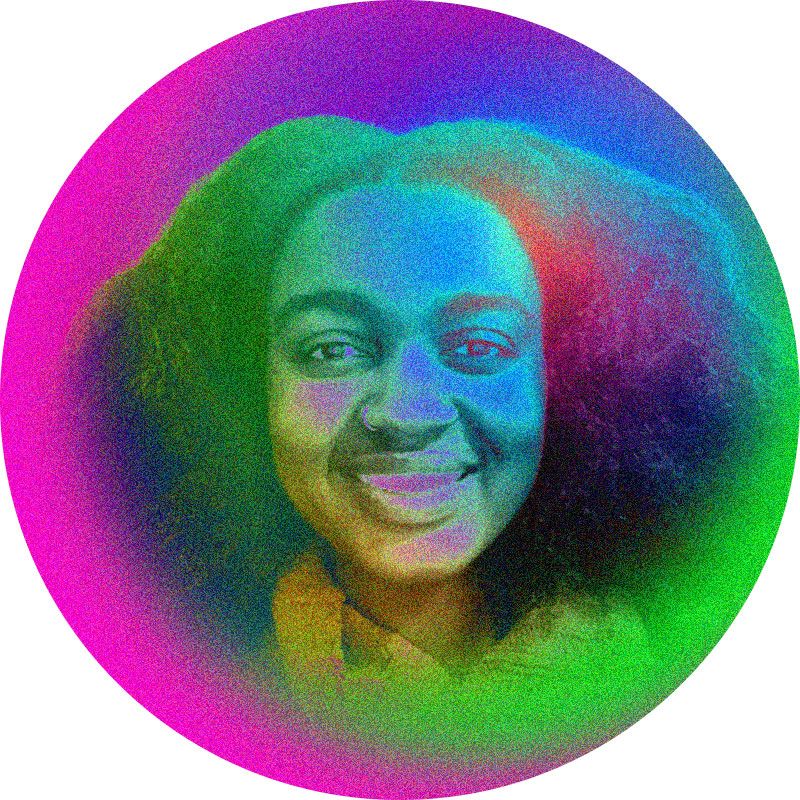